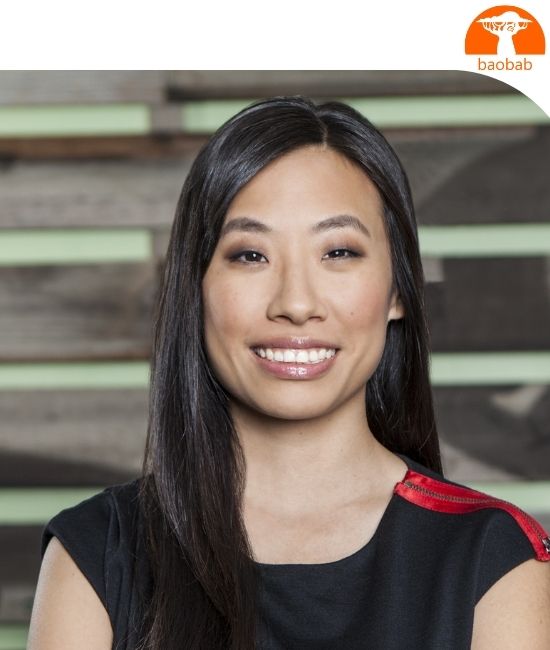 Maureen Fan is CEO & Co-Founder of 9-time Emmy-award winning and leading independent interactive animation studio Baobab Studios, whose mission is to "Bring out your sense of wonder. Inspire you to dream. Make YOU matter.”  Named Fast Company's 2018 Most Innovative Company, Baobab has released Invasion!, Asteroids!, Jack, Crow: The Legend, Bonfire, and Baba Yaga to commercial and critical acclaim. Their latest piece, Namoo, directed by 2021 Oscar nominated Erick Oh (Opera) premiered earlier this year at the Tribeca Film Festival. They’ve won 9 Emmy awards, including 4 Best Interactive Emmys, the first ever Best VR Annie Awards, and SIGGRAPH’s first Best in Show Award. In a first, Hollywood is taking Baobab's VR IP to become a feature film: Roth Kirschenbaum Films has signed on to adapt Invasion!, Baobab’s first interactive movie into a traditional feature film. Penguin Random House has partnered to turn Baobab's The Magic Paintbrush into a multi-book series, and MacMillan has partnered to turn Intercats into a graphic novel series.

Maureen has held leadership roles in film, gaming and the consumer web. She was most recently vice president of games at Zynga, where she oversaw three game studios including the FarmVille's, which contributed 40 percent of the company’s revenues.Maureen was also named one of ‘The Most Creative People of the Year’ by Ad Age and more recently Variety crowned her as one the execs to watch.