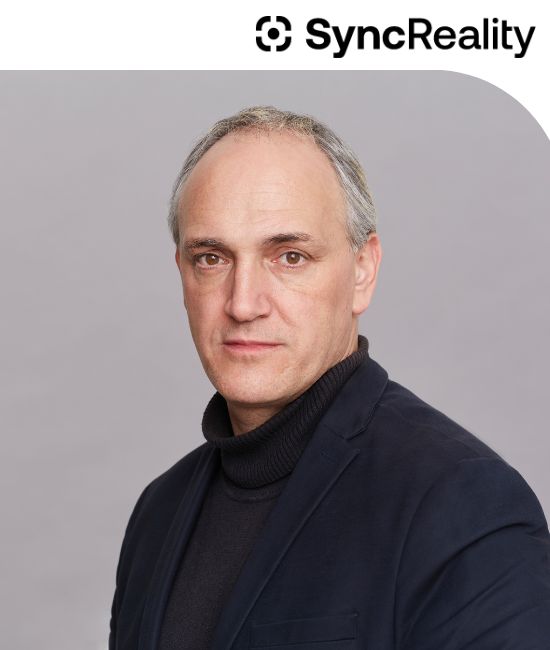 With his roots in feature film, Cyril is a builder of creative bridges.

Founded in Berlin in 2015, You-VR is a development company for

interactive media including games, AR, and VR with a focus on

developing VONDERLAND, a software platform to port films to

was nominated for best interactive VR experience at VR NOW

Continuing his work to bring film-like experiences to everyday life, Cyril founded SyncReality in 2020. SyncReality is a developer tool, which synchronizes the real world with the virtual and turns every individual home into a custom-fitted stage for virtual StoryWorlds. In October 2020, Syncreality closed its pre-seed round, which enables the team to develop several tech prototypes of the Syncreality Software Engine.

Cyril holds a degree in Philosophy with over 30 years of filmmaking experience having won awards including the New York Academy Camera Prize at Berlinale festival, Audience Award at the Festival of German Film - Ludwigshafen, Main Prize at the Documentary Festival Munich and the French Critiques Prize at Valenciennes Filmfestival.