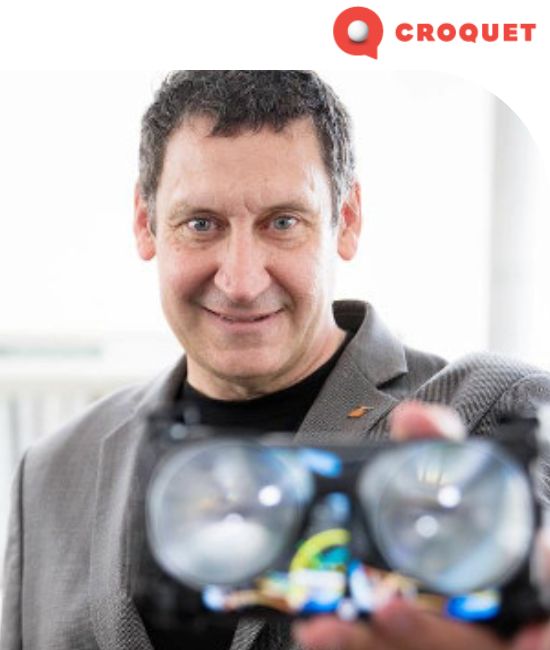 David A. Smith is the Founder and CTO of Croquet and a member of its Board of Directors. He has more than 30 years of experience as a pioneer of AR and VR, and has founded 7 companies, including The Colony, the world’s first 3D adventure/shooter game, and Virtus Corporation, the first real-time 3D PC design tool, in addition to creating the visualization software behind James Cameron’s “The Abyss”. He has sold 10’s of millions of games and applications.

Early in his career, he was co-founder of Red Storm Entertainment with Tom Clancy and Brian Upton. He was also Chairman of Gensym, the first large-scale public AI company, and most recently was Chief Innovation Officer & Senior Fellow at Lockheed Martin, leading their AR and VR efforts. He invented 3D portals and co-invented the core tech behind Croquet. He has been issued 32 patents in 3D, AR, VR and AI by the US Patent and Trademark Office, and holds a BS in Mathematics from University of Chicago.