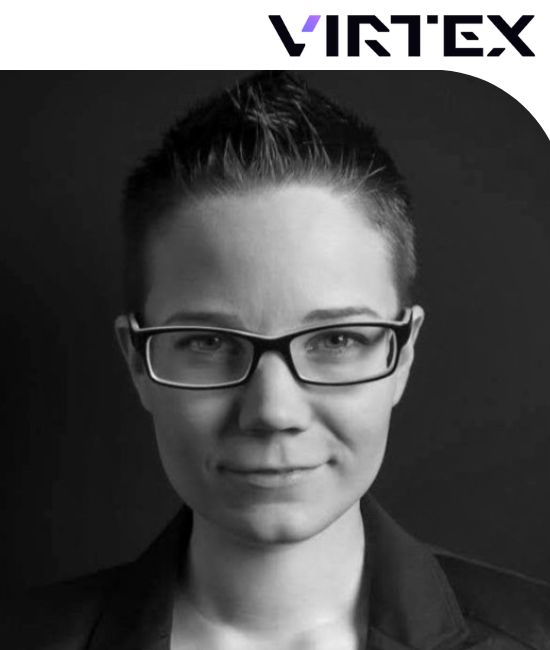 Nadine Laasko is Operations Manager at Virtex, where she supports an international team building the first virtual reality stadium for esports with the goal to bring the true feeling of a live event into a virtual world. Virtex Stadium aims to be home to the most memorable and unique gaming events by bringing the fans closer to the game than ever possible before.

Since 2017, Nadine has also been helping to build a foundation for VR esports by supporting organizers and leagues as they master the new challenges VR titles bring to competitive gaming.

Finally, VR also has had a major impact on Nadine's personal life. She not only found her way to Virtex, but through VR she also met her husband, who shares her same passion for immersive reality.

Senses and Sensibility: Sex and Love in the Metaverse