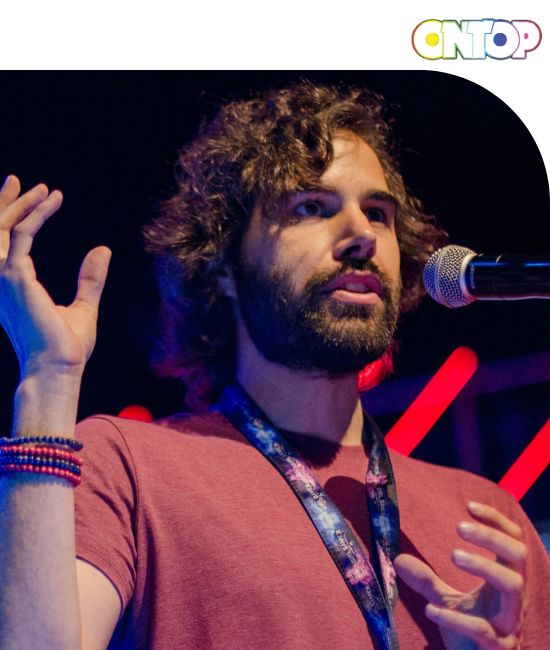 Nuno Folhadela is the CEO of the multi-awarded Augmented Reality gaming studio ONTOP. Nuno manages the Lisbon-based studio, where for the last 5 years alongside his star team, has been researching and developing AR games for smartphones and glasses to identify and set the next trends.

Over his direction, more than 20 AR experiences have been released for partners such as Vodafone, Altice, NOS, Jio and SAMSUNG. The newest titles being: Ghostbusters Afterlife AR game and ARcade Sports: a 5G AR multiplayer location platform that successfully mixes videogames with sports.

Nuno previously served as Game Director and Producer at various game companies, where he focused on developing F2P mobile games that have been featured on the App Stores and got multi-award nominations.

Prior to that role and after finishing the Animation Cinema school degree, he has been an independent scriptwriter for TV animated shows and sitcoms. Alongside his entertainment career, Nuno has been involved on roles around the gaming industry, such as game journalist, marketing director, speaker, and event producer, himself being the creator of Retrobop - the first gaming event to gather all of Portugal's games history and GameDev Meet - where national developers meet to share experiences.