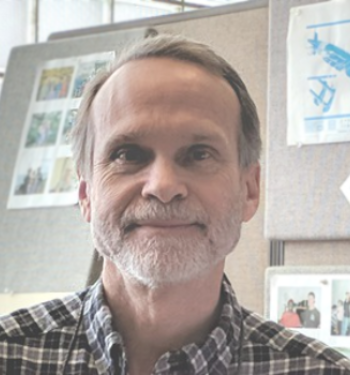 Ken Fast is a Principal Engineer at Electric Boat, a division of General Dynamics. Electric Boat designs and builds nuclear submarines for the US Navy. 25 years ago, Ken led the introduction of virtual reality and large-scale CAD visualization for ship design. The electronic mockup program he helped develop became the model for all following naval ship classes and carried over to commercial ship design. He currently works on development of advanced design and manufacturing technologies for submarine production and sustainment, working with virtual reality, augmented reality, and computer vision. Ken is actively involved with the National Shipbuilding Research Program. He was named an ACM Distinguished Engineer in 2012. Ken grew up building wooden boats in the backyard and is a second-generation engineer at Electric Boat. He is a graduate of WPI with a degree in Mechanical Engineering.