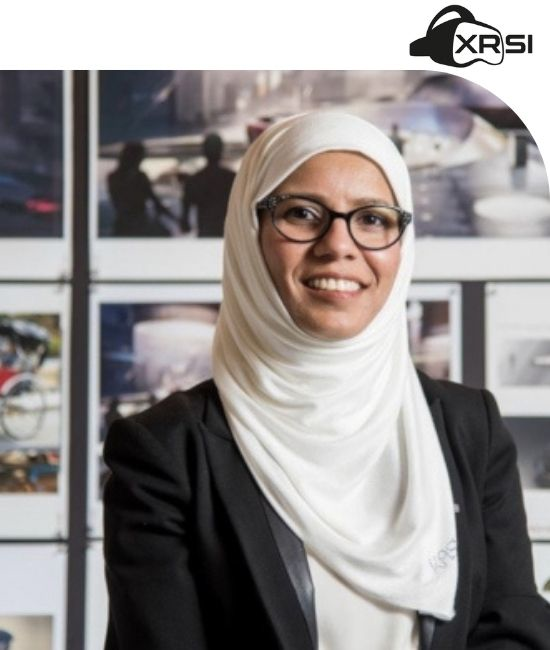 Kavya Pearlman is the founder of non-profit effort, XR Safety Initiative (XRSI) that promotes privacy, security, ethics and develops standards around application security for Virtual Reality, Augmented Reality and Mixed Reality (VR/AR/MR) collectively known as XR. Well known as “The Protector” or “Cyber Guardian” of two virtual worlds for her work with Linden Lab (Makers of Second Life and VR platform Sansar), Kavya is the pioneer of “Security Awareness in Virtual Reality”. By creating a replica of Tajmahal and organizing Security@The Taj campaign during National Cyber Security Awareness Month, she demonstrated how VR can be successfully used for training around dry topics such as security.

Kavya has written various publications around security challenges in VR and proposed a “3C – Connect Create Commerce” framework for Information Security in Virtual Worlds. Recently Kavya was awarded 40 under 40 Top Business Executives 2019 by San Francisco Business Times, Rising Star of the year 2019 by Women in IT Award Series. She is one of the Top 20 influencer in Cybersecurity for 2018 as voted by IFSEC. For her work with XR Safety Initiative, Middle East CISO Council recently awarded her - CISO 100 Women Security Leader award in Dubai. Kavya is truly passionate about privacy, security, and ethics in emerging technologies and devotes her time contributing to the industry.

Kavya Grew up in India and moved to the United States in 2007. Until 2011, Kavya was a cosmetologist and cutting hair for $10 and hour. It was then she read Cyber War by Richard Clark and saw a window into the future. She could foresee what is happening in today’s threat landscape. Kavya graduated from DePaul University, Chicago with a Masters in Network Security and hold a CISM (Certified Information Security Manager) certificate from ISACA. Kavya is also certified PCI-DSS ISA (Internal Security Assessor) and PCIP. Kavya is a true representative of what a woman can do in spite of adversity, especially if she puts her mind to it. Kavya is now a prominent speaker and advocate for women in security.

She has successfully implemented multiple security and privacy frameworks including NIST-CSF, ISO27001, EU-US Privacy Shield, PCI-DSS3.2, GDPR and currently preparing for California Consumer Privacy Act (CCPA) adoption. Kavya is an active contributor to various International Security Standards including NIST Special Publications, NIST Cloud Computing Program (NCCP) and Cloud Security Alliance (CSA). She is also a member of advisory board - CISO Council North America. For her work and contribution to security industry, Kavya was also named minority CISO of the year 2018 by ICMCP. Kavya is an inspiration figure for many around the world including women and underrepresented communities in security and emerging technologies.