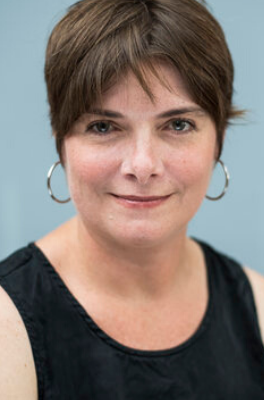 Anne Hiatt is the co-founder and general director of the national organization Opera on Tap, which has the mission of bringing opera to new audiences by taking it to places where people least expect to experience it. She is the executive producer of the world’s first VR/AR, live and site specific opera series, PARKSVILLE, the pilot of which won ‘Best VR Video’ at the NYC Indie Film Festival in May 2017 and premiered online as featured content on SamsungVR, October 2017. With over 14 years of experience in non-profit management, development and opera production, she currently oversees the programs, and operations of 25 Chapters of Opera on Tap across the nation and world and has acted as executive producer of Opera on Tap’s major new works programs since 2012. She currently oversees the development of The Immersive Opera Project, which marries opera and tech industry partners in the creation of new immersive works of opera utilizing immersive technologies.

Exploring XR and the Performing Arts