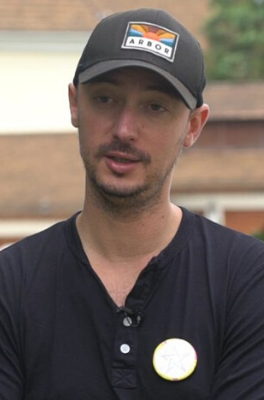 Joost is a visual designer and art director at Google’s Daydream in Mountain View, California where he focuses on diegetic UI for augmented reality. His challenge there is working on a visual language and design patterns for immersive computing.

Before Google Joost was known as Renascent, a freelance motion graphics designer and 3d artist working out of Amsterdam, The Netherlands. For many years his approach to design and art was experimenting with the latest software technology in 3d modeling and motion.

In the late dotcom boom his work received a lot of attention which kick started his career working with Amsterdam based Postpanic on Nike, with Crispin Porter + Bogusky on 5 TV ads for Sirius XM and Goodby Silverstein for Hewlett Packard.

In the following 14 years Joost worked on projects in broadcast design, print, music video’s and the game industry. Collaborating with agencies like Wieden + Kennedy, Ogilvy, BBDO. Design boutiques such as Staat, Prologue films, Imaginary Forces, BUCK and Toronto based Tendril. Or working directly with clients such is Amsterdam based Guerrilla Games, Sony, Gstar and Fox Sports.

Joost is still active today as Renascent, experimenting from his home in Sunnyvale California.