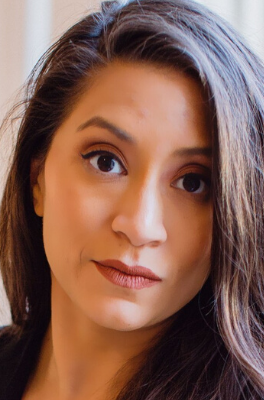 Erika Barraza is an actor and activist. She has founded two immersive media companies, one focused on improving the lives of homeless and impoverished people and one promoting the use of immersive media technologies in news and broadcast.

Barraza has studied theater and storytelling since age 1997; she’s been an immersive media creator since 2013. With her Masters in Social Entrepreneurship, she has been building and launching new businesses and global projects at the intersection of technological storytelling, innovation, and social and environmental impact for over 10 years.

Her work has launched impact movements through the use of VR/AR, Blockchain, AI projects, by collaborating with Innovation Business Units in 30+ enterprises, NGOs, governments, and startups in the U.S., Middle East, European and Latin American markets.