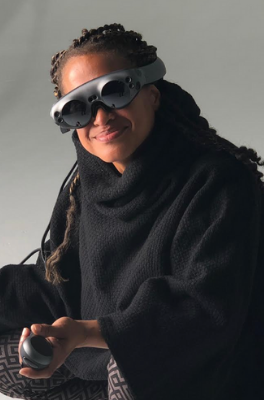 Six years ago, she transitioned into the VR space, working with 360-film and VR platforms that provided viewers access to premium interactive video content, including using 360 camera footage to tell climate and science stories which were presented at SXSWEco. Most recently, as part of the team at VRAccelerator, a new division of leading photography and multimedia complex Pier59 Studios, she helped develop and build the first volumetric video capture studio in NYC, which was completed after a one-year build in March 2020.

She holds a B.A from Columbia University in Political Science. She enjoys exploring technologies to build cross-cultural bridges.