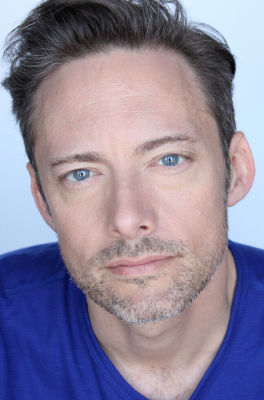 Jerre Dye is a Chicago-based playwright, opera librettist, director and actor. He is the recipient

of the Bryan Family Foundation Award for Drama from the Fellowship of Southern Writers. His plays include Distance, Cicada, Short/Stories, Threads, The New Adventures of Hansel and Gretel, Wild Swans, Sid and the Magic Box and an adaptation of Stravinsky’s A Soldier’s Tale with IRIS Orchestra. His opera librettos include: Ghosts of Crosstown of Opera Memphis (featured at the OPERA America’s annual conference as part of the new works sampler in 2014 and 2015); Parksville Horror, a filmed, episodic, virtual reality opera for Opera on Tap in New York City; The Falling and Rising for the U.S. Army band and chorus; Chautauqua Stories for Chautauqua Opera, By/In for Opera Memphis; Taking Up Serpents for Washington National Opera; and upcoming commissions for both Opera Philadelphia and the Napa Valley Arts festival.

Exploring XR and the Performing Arts