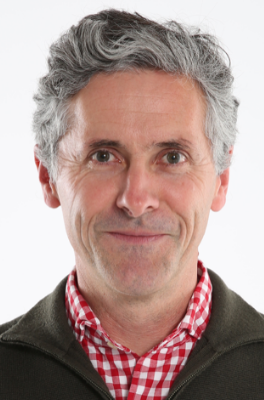 Brian Leckey started his career at the BBC and has directed dozens of documentaries for the Discovery, History, PBS, and National Geographic Channels. He was also one of the directors of MythBusters for the Discovery Channel. Brian is one of the founders of Okta Studio, an XR production and software development company based in California and Lithuania. As well as providing outsourced software teams, Okta has produced a diverse range of XR projects. From Trail of Angels winner of the Lumen prize for XR; Castle AR, which uses volumetric capture of famous historians; to Extreme Machines VR, which features the fastest motorbike in history on the largest salt flat in the world high up in the Bolivian Andes.  Brian was commissioned by HTC to produce science education 360˚ video series Mindbenders, which was hosted by former Mythbusters hosts, Kari Byron, Tory Belleci, and Grant Imahara. Okta is currently producing VR games to compliment the Mindbenders series. The first episode features Grant Imahara attempting to knock down castles using both a real and virtual Trebuchet!