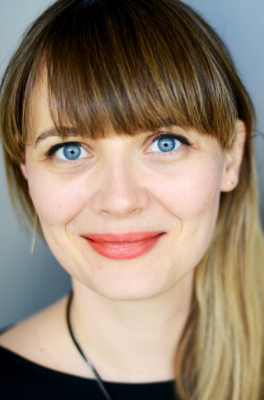 Ruthie Doyle is a multi-disciplinary artist and filmmaker based in Los Angeles. Currently serving as Interim Director of New Frontier Lab Programs, since 2013 she has worked in the Sundance Institute’s New Frontier program, which identifies, supports and exhibits artists working at the convergence of film, art, media and technology at the Sundance Film Festival, as well as year-round via Labs and residencies. Her personal work is influenced by her social justice activism and work in health and healing. Past projects and curation have appeared on outlets including MTV; Vice, Spin, and Bust magazines; in numerous Los Angeles and New York art spaces; at the Sundance Film Festival and Outfest; The Museum of Modern Art and the Arnhem Fashion Biennial. Ruthie participated in The Kitchen's Sidney Kahn Summer Institute, where she co-designed and performed an interactive video performance piece under mentors Laurie Anderson, Bill T Jones and Yoko Ono. She earned her BA in new genres performance and socio-behavioral public health (focus on gender and sexuality) from Sarah Lawrence College and studied photography in Florence, Italy. Her graduate studies included ITP, within NYU Tisch School of the Arts’ Maurice Kanbar Institute of Film and Television; and has an MFA in Film/Video from CalArts.