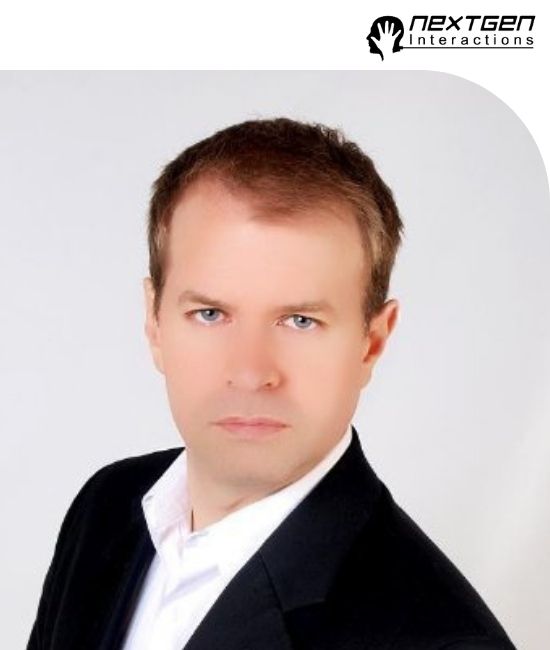 Dr. Jerald is CEO at NextGen Interactions, serves on multiple advisory boards, and speaks at various events throughout the world. Jason has been creating VR systems and applications for over 20 years. He has been involved in over 70 VR-related projects across more than 40 organizations including Valve, Oculus, Virtuix, Sixense, Google, Intel, AT&T, NASA, General Motors, Raytheon, Lockheed Martin, three U.S. national laboratories, and five universities. Jason's work has been featured on ABC's Shark Tank, on the Discovery Channel, in the New York Times, and on the cover of the MIT Press journal Presence. Jason has authored numerous publications and patents, most notably the best-selling book The VR Book: Human-Centered Design for Virtual Reality.