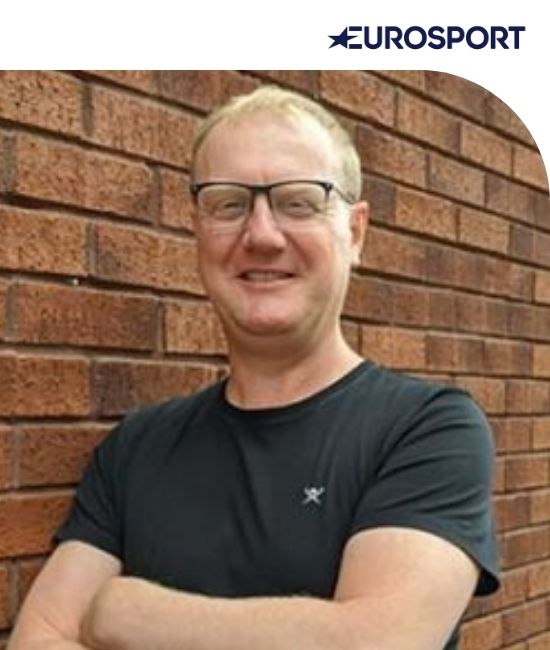 Alex joined Eurosport in May 2019. He oversees graphics and innovation at Eurosport, part of Discovery. Upon arrival, he was handed the task of looking after the award-winning Eurosport Cube with a view to taking it forward to the Olympic Games Tokyo 2020.﻿

Prior to joining Eurosport, Alex was the lead graphic designer at ITV Sport. He has over twenty years of experience working in motion graphics, having worked on X-Factor, Britain’s Got Talent, Burberry, Channel 5, Nickelodeon and MTV. He was the lead designer on ITV’s 2014 World Cup titles and was a major cog in the team for the ITV Sports World Cup 2018 studio.