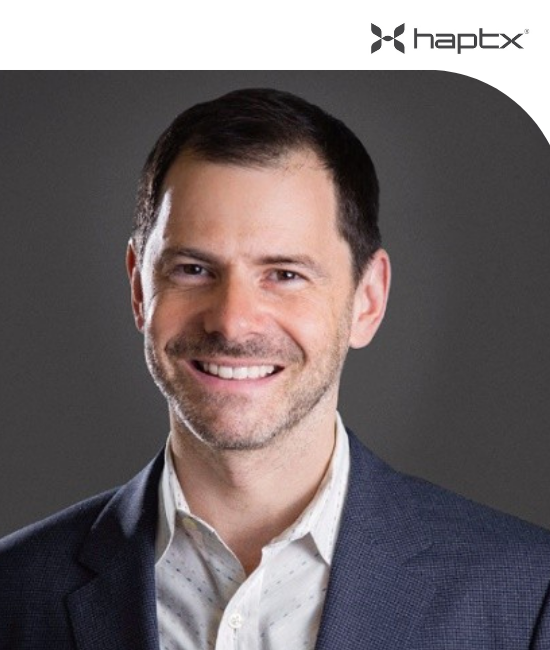 Joe Michaels leads business development, marketing and sales for HaptX, a company which developed the industry’s leading haptics solution that brings lifelike touch to VR and robotics. Joe has over two decades of business development experience, specializing in structuring partnerships for companies on the leading edge of new media including XR technologies and digital publishers. Prior to HaptX, Joe was Senior Director of Business Development and Strategy at Microsoft, where he negotiated partnerships on behalf of MSN, striking deals with television networks and producers, film studios, music labels, news publishers, and sports leagues. He was instrumental in the development of MSN Video, the first major ad-supported video service on the Internet, as well as MSN Originals, a pioneer of digital video series. Prior to Microsoft, Joe co-founded affiliate marketing company Nexchange Corporation which earned numerous U.S. patents related to e-commerce. He began his career as a television writer and producer in Washington, DC, and earned his BA from Georgetown University and MBA from The Wharton School. Joe lives and works in Seattle.