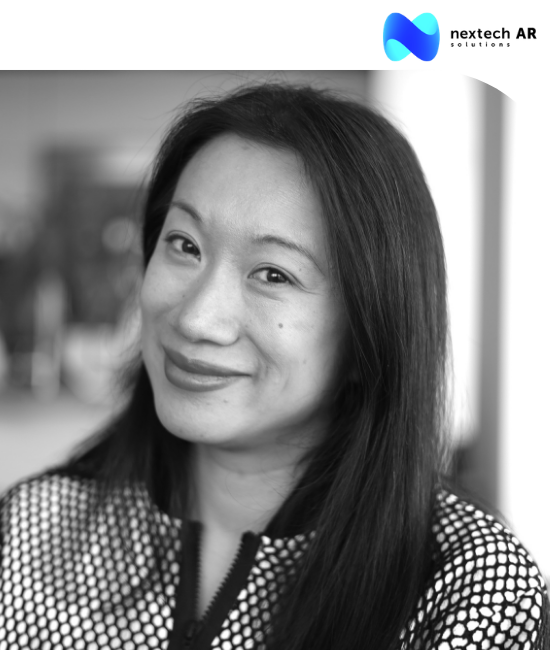 A champion of diversity in the technology industry, Vivian is the Global Head of Digital Sales at NexTech AR Solutions. She has led in doubling monthly revenues for one of Canada's fastest-growing publicly traded technology companies in the digital experience and augmented reality space. NexTech AR's customers include the Government of Canada, Johnson & Johnson, Amazon, NBA, NFL, UNESCO, and Viacom CBS.

With 20 years of experience creating monetization strategies for emerging technology, she has helped scale three high-growth startups. She was part of the team that scaled Crystal Decisions from 50M to billion dollar company in data analytics; at Eyexpo Technology, she expanded the companies footprint in both NA and China through its XR platform; and currently at NexTech AR Solutions, scaling up the company by creating customer value and impact.

Vivian is lauded Ecosystem builder — she is Globe and Mail’s Top 50 executive and a YWCA Women of Distinction Nominee in 2021. As a founding member of Emerging Media BC, she has been involved with Women in Tech Regatta, SFU RADIUS, SIGGRAPH and youth groups like The Impact Coalition. She is a notable speaker on All Raise Visionary Voices, Women in Male Dominated Industries, Tech Vancouver and advised on women’s entrepreneurship programming for Canada’s Digital Supercluster Capacity Building Project.