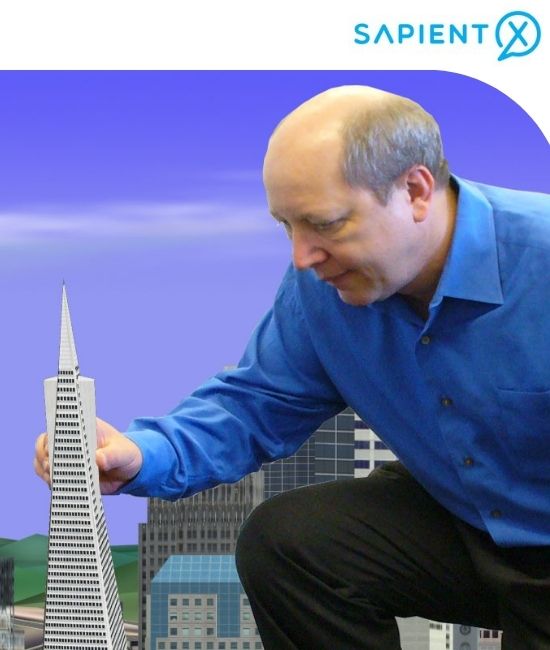 David Colleen, SapientX's CEO & Co-founder, is a serial AI and VR entrepreneur. In 1995 he became one of the founders of VR on the Internet leading to the founding of Planet 9 Studios. In 2003, his team began building AI powered conversational characters. In 2012, he worked with the Matterport 3D scanner team to bring their product to market. In 2016, he launched the SapientX conversational AI platform with long time friends Bruce Wilcox (4 time Loebner award winner for best chatbot) and Maclen Marvit (an actual rocket scientist).

Giving a Brain and a Voice to Holographic Characters & Meta-Humans