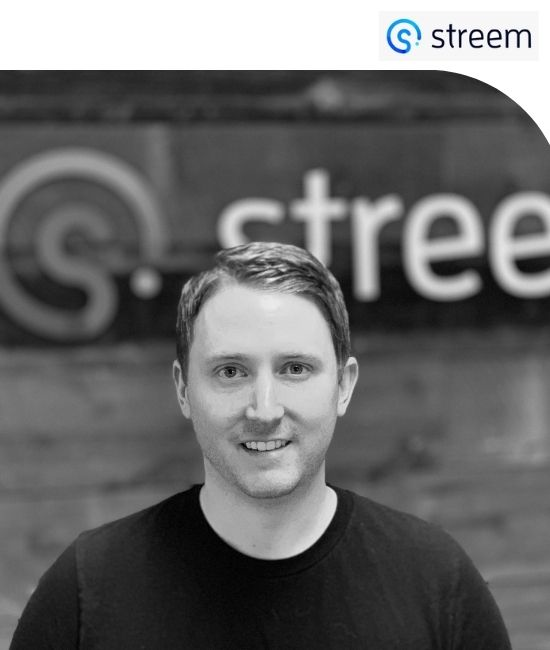 Ryan Fink is a trusted product leader with over eleven years in the augmented reality space. He serves as President & General Manager at Frontdoor (NASDAQ: FTDR), the nation’s leading provider of home service plans, and is the Cofounder of Streem, a Frontdoor brand and technology company that enables businesses to serve customers through an enhanced augmented reality, computer vision and machine learning platform. Ryan prioritizes people, product, and profit; in that order, and takes pride in creating and building innovative products with a customer-experience first philosophy.

Ryan cofounded Streem in April 2017 with the mission to make the world’s expertise more accessible through AR technology. Streem was acquired by Frontdoor in December 2019, and has earned numerous accolades in the technology and consumer services industries, including the IHS Markit Innovation Award, which was presented at the 2018 Mobile World Congress in Barcelona, and the Frost & Sullivan Best Practice Award for Artificial Intelligence (AI) technology innovation in October 2019.

Prior to Streem, Ryan founded and served as the CEO of ONtheGo Platforms in 2009, which built a new Human Computer Interface (HCI) using computer vision and machine learning. The company was acquired in 2015 by Antheer, where he then became the VP of Business Development.

He graduated from Azusa Pacific University in 2009, and holds eight Issued Patents and 12 Pending Patents, and is considered to be an early pioneer and thought leader in the AR space. In his free time he serves as a mentor for TechStars and Portland Seed Fund.