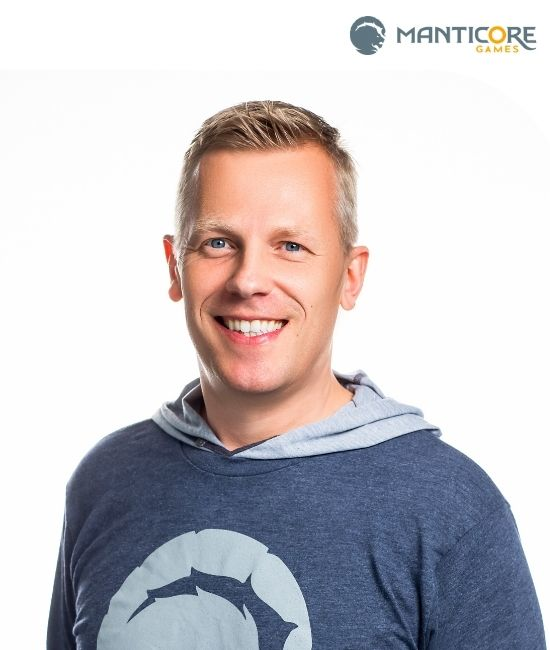 Frederic Descamps is CEO & Co-Founder at Manticore Games Inc. Frederic has over twenty years of experience in gaming and tech, having worked at Xfire (acquired by MTV), Trion Worlds, A Bit Lucky and Zynga.

Prior to founding Manticore Games, Descamps rebuilt and headed the Corporate Development function at Zynga as well as was Studio GM for Solstice Arena, Empires & Allies, and an R&D team. Descamps’ previous company, A Bit Lucky, was acquired by Zynga in 2012. Descamps is an avid collector of classic games and game systems such as the Apple II, Mattel Intellivision, Vectrex, Atari ST, and Amiga.