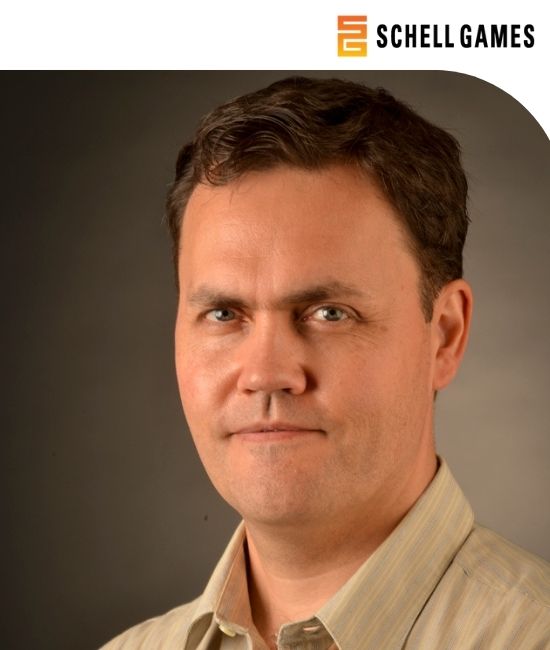 Jesse Schell is the CEO of Schell Games, a team of more than 130 people in Pittsburgh, PA who strive to make the world’s greatest educational and entertainment games, including Yale Medical's PlayForward: Elm City Stories, HoloLAB Champions, the Daniel Tiger’s Neighborhood games, and Happy Atoms. Schell Games also creates pure entertainment content, such as the award-winning I Expect You To Die VR game franchise and Until You Fall, a critically-acclaimed VR sword fighting game. Jesse also serves as Distinguished Professor of the Practice of Entertainment Technology at Carnegie Mellon University. Jesse has worked on a wide variety of innovative game and simulation projects for both entertainment and education, but he is best known for his award-winning book The Art of Game Design: A Book of Lenses. He is a previous chair of the International Game Developers Association and former Creative Director of the Disney Virtual Reality Studio.

Holoride - Adding Thrill to Every Ride