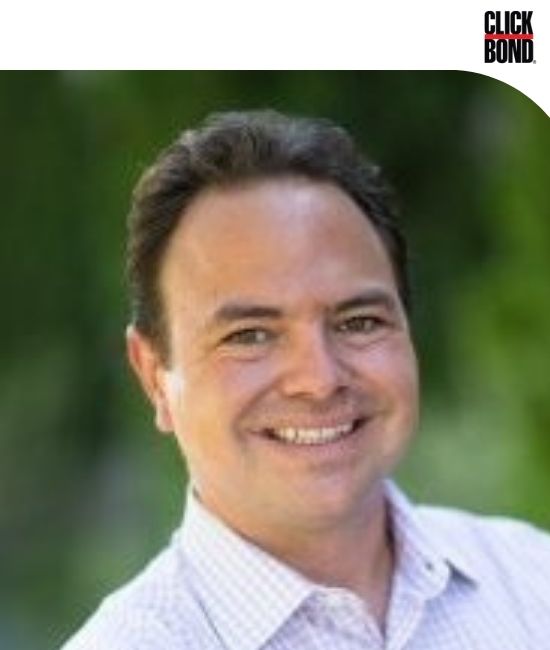 In 2015, Karl Hutter became the President and Chief Executive Officer of Click Bond, Inc. Prior to  becoming CEO, from 2013-2015, Karl served as the Treasurer, Chief Operating Officer, and Chief  Financial Officer of the company. From 2008-2013, Karl served as Vice President of Sales and Marketing,  where he focused on building Click Bond’s reputation as a solutions partner, enabling Click Bond’s  technology on the F-35 program and numerous other key platforms across the commercial and defense  aerospace sectors.

Prior to leading the sales department, Karl spearheaded the company’s business development and  applications engineering efforts across the Asia Pacific region, creating a strong foundation for global  growth, particularly in Japan, China, and Australia. Karl holds Bachelor of Science degrees in Systems  Engineering from the University of Pennsylvania School of Engineering and Applied Science and in  Entrepreneurial Management and Operations management from the Wharton School.