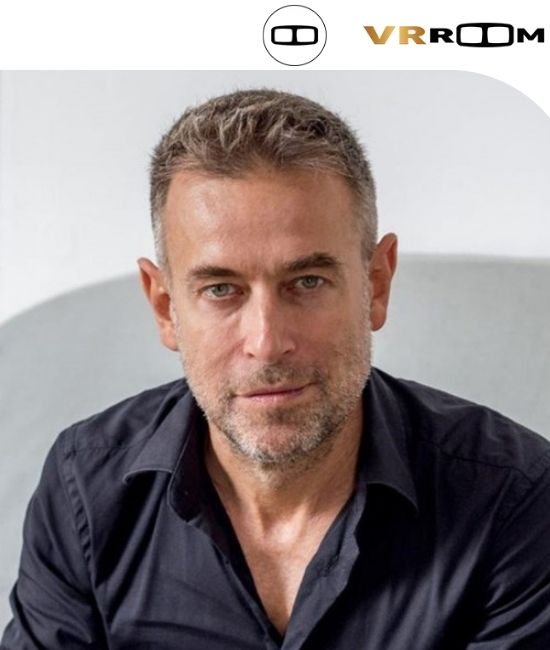 Louis Cacciuttolo is the founder of VRrOOm and is responsible for its sales and strategic partnerships.

Louis worked in the US and China as Vice President of THX, a George Lucas company specializing in film technology, where he revitalized the brand and directed various music videos.

He was the owner of the Théâtre du Minotaure in Béziers between 1999 and 2020. He is also an entertainment entrepreneur, writer, director and producer of award-winning films, including the feature film 'Cendre' in 2014, and the interactive VR animation short for Vive ‘The Last Footprint’ in 2016. He also co-produces augmented reality installations: Digitalis, a participatory work by artist Pierre Estève, adapted into interactive augmented audio with immersive sound studio Demute was shown in world premiere at Stereopsia Brussels in December 2019.

Since March 2020, VRrOOm has launched its virtual events production studio in social XR, dedicated to live streaming and 6DoF of artistic performances and live shows on VRChat.

The Phygital Revolution for Performing Arts Has Come, and the Key Word is "Social"