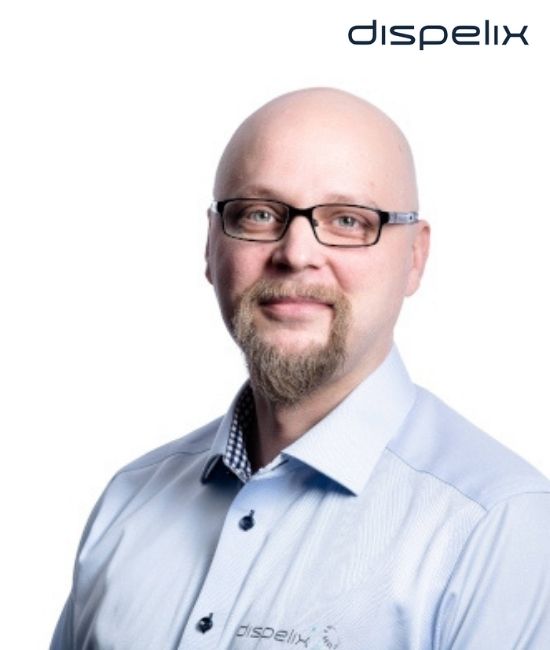 Antti Sunnari, CEO and Co-founder of Dispelix started studying in the Chemistry department at the University of Oulu with major in Inorganic chemistry. He received his master’s degree in 2008 and worked in VTT Research institute of Finland as a research scientist up until 2016. . From the 2011 he had been working with diffractive gratings and augmented reality optics extensively. In 2015 he co-founded Dispelix which was spin out from VTT. At Dispelix he has successfully led the expert team for diffractive optics design and manufacturing, secured tier one customers and raised 50M He is a named inventor in multiple patents and patent applications and continues to evolve the forward-thinking organization to be the global leader in waveguide design.