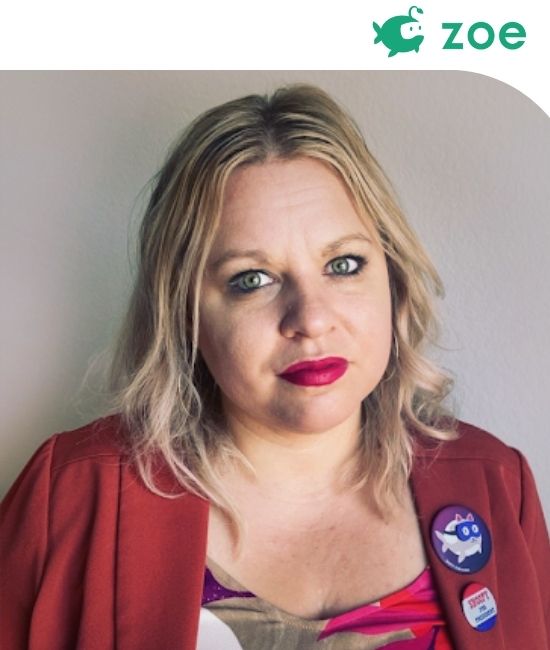 Emilie is the CEO and Co-Founder of Zoe Immersive. Based in Los Angeles, she oversees business strategy for the company, and was pivotal to establishing Zoe partnerships with Unity, Oculus, Meta Learning, Microsoft, Epic Games, and others. Emilie is a designer & technologist at heart, specializing in human-computer interactions. She started working with immersive technologies in 2010 as part of her masters degree and founded her first immersive company Apelab in 2014.  Zoe, which grew out of Apelab, is an easy-to-use cross-platform 3D world creator for learning and entertainment that empowers non- and low coders to build and share interactive and engaging 3D multi-user experiences in a collaborative marketplace. Emilie’s ultimate goal is to empower the next generations of learners with 21st century skills, such as UX design, programming and more.