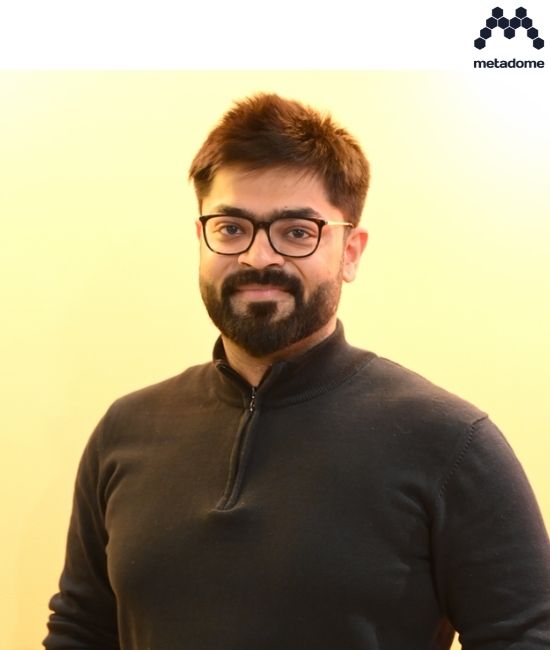 Kanav Singla is the Founder & CEO of Metadome.ai, a visual computing and Metaverse builder platform.He founded Metadome.ai with the vision of building accessible AR and VR platforms to move the world beyond inherent human limitations. Kanav is a technology guy at the soul and started building in the XR space in 2015 itself, long before the technology was recognized and understood at scale. During his initial tinkering days with AR, he realized the potential of the technology and decided to devote his life to bringing XR to the world. An alumnus of IIT Delhi, Kanav is an inventor with multiple patents to his name in the XR space. He served as the vice-president of VR AR Association, Bangalore chapter(India) where he contributed to building the XR community from the ground up. He also worked with the technology giant, SAP as an XR Consultant through SAP.io. Kanav’s advice and views are sought by many domain focussed forums like the India Kitchen Congress and the Federation of Automobiles Dealers Association, where he evangelizes for a better future with technology. Guided by the motto “Stay hungry Stay foolish”, he is a futuristic strategic thinker and a believer at heart. He is determined to solve large problems of today and tomorrow by building sustainable solutions for the future.

How Metadome.ai Will Change the Automotive and Retail Landscape Globally

Unlocking the Promise of the Metaverse

Transition from E-commerce to Virtual Commerce and How?