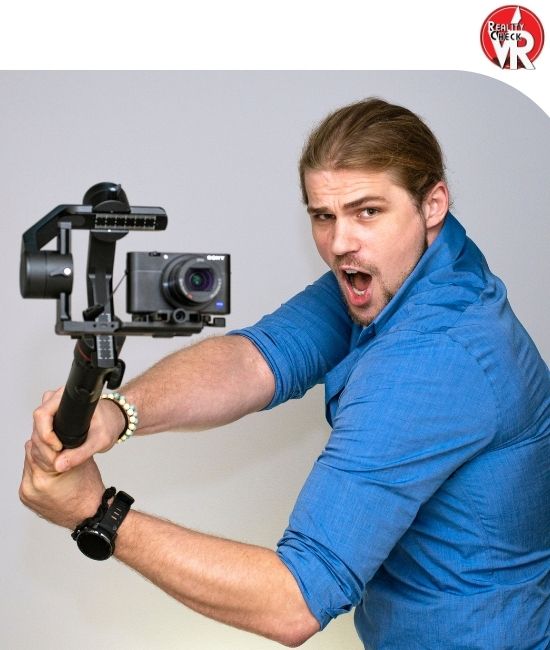 Caleb Eubanks is an Emmy award-winning XR digital marketing professional with an outstanding track record and international renown. Currently, he is contracted with the Board of Advisors 'World's Greatest Mastermind' as the Social Media & Syndication Director located in Clearwater, FL.

He is the Founder of the original ProVRGear & 3D-Printed Accessories (2016) and spent three years (2018-2021) working as Director of Communications for ARVORE Immersive Experiences based in Sao Paulo, Brazil.

In early 2019 Caleb represented the US in Xi'an, China during the World Cyber Games' first-ever VR E-sports Tournament, while also participating and being featured in a Korean documentary series titled "We Are Gamers". Later that same year he was selected to be a TEDx speaker at Palo Alto College giving a talk titled 'A Day in the Life of VR'. He has also spent time speaking at the Microsoft Reactor Panel in San Francisco about Diverisry in LBE's.

Through years of digital marketing & community building, Caleb has been featured on several tech podcasts, spoken at several live events, and appeared on public broadcasts around the world. One of the founding members of VRSpies.com, Caleb has written several articles and participated in tech-related podcasts on and off since 2015.

Originally from Lincoln, NE, Caleb enjoyed camping, hunting, and playing sports growing up. He learned to work hard early on and started detasseling in the cornfields at the age of 15. After moving to Chicago in 2012 to teach English to foreign speakers he moved to Springfield, MO where he headed event production and held the first public VR event in the city. In 2016 Caleb moved to Clearwater, FL where he still currently lives part-time when he is not working abroad.

Often you will find him creating informative content for YouTube, competing in VR E-sports events, or spending time with his son Daniel.

Haptics and the Future of Immersive Experiences