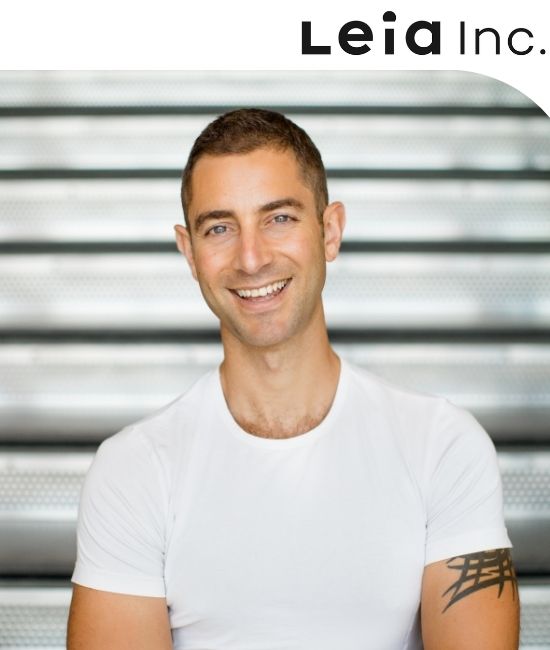 David is co-founder and CEO at Leia Inc., a Silicon Valley company developing a Lightfield Display technology platform for mobile devices. He previously spent 9 years at HP Labs working on various aspects of quantum computing and photonics, and specializing in the manipulation of light at the nanoscale. He holds a PhD in Physics from Stanford University and a BS in theoretical physics from Ecole Polytechnique, France.David was named French Innovator of the year 2013 by the MIT technology Review and featured on their list of 35 Innovator under 35 that same year. He holds over 100 granted patents and co-authored the text-book “Single Photon Devices and Applications”. He was awarded the French National Order of Merit in 2014 for developing the “Diffractive Lightfield Backlighting” concept.

3D Lightfield Displays: A Window into the Metaverse