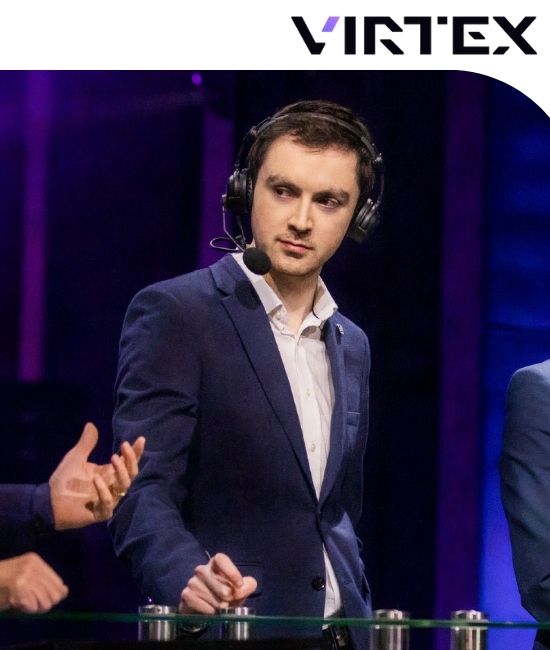 Tim McGuinenss is the co-founder and CEO of Virtex, developer of the Virtex Stadium platform - one of the world's first true virtual stadium experiences for gaming and esports.

Virtex recently announced their partnership with Ready at Dawn & Meta for the first officially supported game on the platform, Echo VR. Virtex Stadium is currently rolling out closed beta, and with more games and partnerships scheduled for announcement later on this year with Virtex aims to become the "virtual home of esports".

Prior to founding Virtex, Tim competed in two World Finals of Meta's "VR League" as a player, team owner and later as an Analyst/Commentator - experiencing all aspects of the Esports ecosystem. Backing the original Oculus Kickstarter campaign and having run his own XR studio for almost 4 years prior to founding virtex, Tim has a unique perspective of both Esports and VR landscapes.