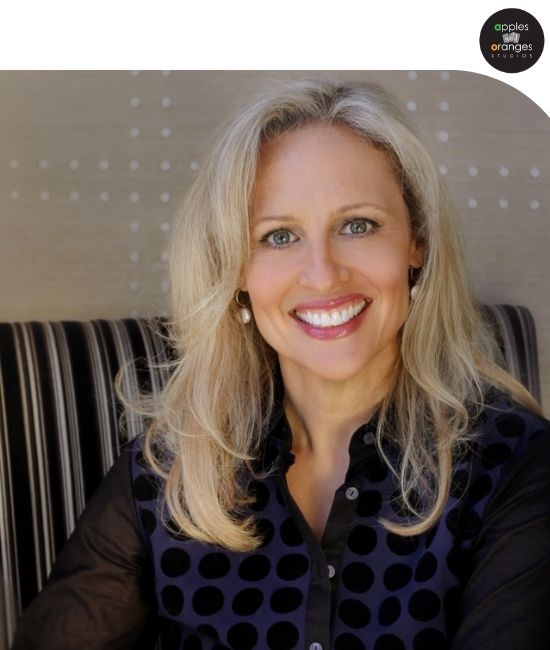 Drawing from over thirty-five years of professional experience as a performer, producer, writer, composer, mentor and co-founder of Apples and Oranges, Pamela is poised to offer a fresh creative perspective to the BroadVerse. As an actor Pamela created such roles as Ensign McKnight on Star Trek: The Next Generation and the original Rapunzel in Into the Woods on Broadway. Also on Broadway Pamela played Cinderella in Into the Woods, Lucille in Meet Me in St. Louis and Babette (the feather duster) in Beauty and the Beast, and appeared in several films including Steal Big, Steal Little, Emma and No One Called Ahead. She made her VR acting debut as Hera in Finding Pandora X, winning Best Immersive Experience at both the Venice International Film Festival and SXSW. She is now bringing her own musical, Winter Lights, to VR AND stage, playing QED, a role she co-created as composer and lyricist. As a producer Pamela won a Drama Desk Award for the Broadway revival of Hair in 2009, in 2010 gained Drama Desk, an Outer Critic’s Circle and Tony Award for the Best Musical, Memphis and co-produced the four-time Tony winner An American in Paris.

The Great XR Way – The Future of Broadway and Live Entertainment