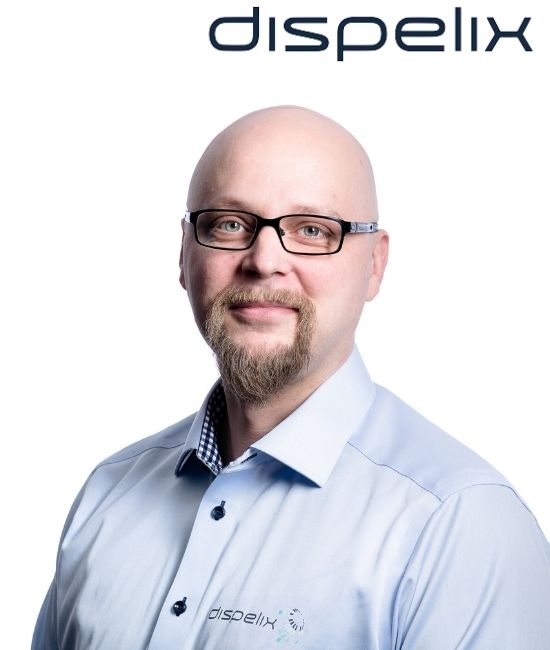 Mr. Antti Sunnari is the co-founder of Dispelix - a Finnish startup that is an acknowledged leader in optical waveguides and their associated manufacturing processes and production. Waveguides are a critical component required for use in both Augmented Reality (AR) headsets and eyeglasses and are exceptionally difficult to mass-produce and manufacture.Antti received his Bachelor of Science Degree for Inorganic Chemistry at the University of Oulu (Finland), where he also received his Master’s degree in the same field of study in 2008. From 2006 until 2016 he worked in the VTT Research institute of Finland as a research scientist, where his main research topics included a wide range of advanced products and projects, including:• printability of functional inks in R2R processes, • printed sensors, • printed photovoltaics, • roll-to-roll printed diagnostics tests and,• diffractive grating manufacturing at the R2R process- and wafer-levelFrom 2011, Antti has been working extensively with both diffractive gratings and augmented reality optics. In 2015, he co-founded Dispelix which was spun-out from VTT in 2016. At Dispelix, he has built an expert team all focused on diffractive optics design and manufacturing, as well as securing a wide range of tier-one customers, and raising a total of 47M€ in Series A and B funding. Antti has been cited as the 'inventor' in multiple received and pending patents and enjoys a wide range of outdoor-related hobbies.

Smart Glasses – It All Starts With the Display