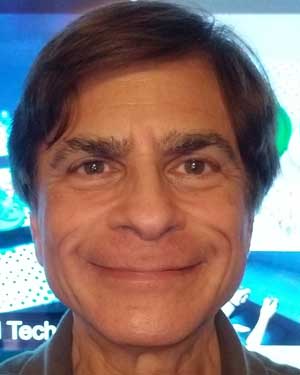 Steve Feiner is a Professor of Computer Science at Columbia University, where he directs the Computer Graphics and User Interfaces Lab. He has been doing VR, AR, and wearable computing research for over 25 years, designing and evaluating novel 3D interaction and visualization techniques, creating the first outdoor AR system using a see-through head-worn display and GPS, and pioneering experimental applications of AR to fields as diverse as tourism, journalism, maintenance, construction, and medicine. Steve is a Fellow of the ACM and the IEEE, a member of the CHI Academy, and the recipient of the ACM SIGCHI 2018 Lifetime Research Award, the IEEE ISMAR 2017 Career Impact Award, and the IEEE VGTC 2014 Virtual Reality Career Award. He and his students have won the IEEE ISMAR 2019 Impact Paper Award, the ISWC 2017 Early Innovator Award, and the ACM UIST 2010 Lasting Impact Award.