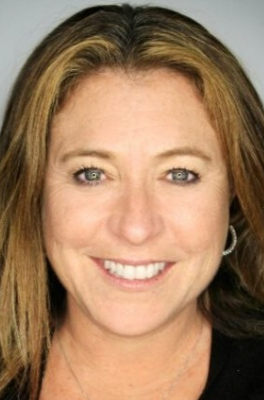 If there was a bit encapsulating Marcie Jastrow it would show Hollywood Colorists, Editors, Designers, Animators and the like with their heads slammed on their desk in pure confusion and frustration before a bright light appears in the doorway: it is their protector & liberator, Marcie. Except they wouldn’t be in Los Angeles, they’d be strewn throughout the world. And to be sure, Marcie wouldn’t be in a suit fresh from her corner office, she’d be sipping a tequila in her Mexican timeshare.

The futurist Marcie has made a career at the intersection of technology and content-- directing traffic that is. Involved in blockbusters such as Avatar, Hugo, Life of Pi, Birdman, Jungle Book, and Revenant, Marcie has been a pioneer since the analog-to-digital transformation, acting quickly to remain competitive and forging unprecedented partnerships with leaders such as Netflix and Amazon, Disney and Fox. The first to deliver content to consumers on-demand, Marcie’s touch is appreciated by creatives the world over, to fellow executives and stakeholders making decisions for the future of their projects-- and her dedication and dynamism makes it all the more fruitful. Indeed, Marcie is convinced that rich and interesting IP is all about remote collaboration with teams: less about having to be in the room and more about the diversity of the people brought together.

Marcie cemented her thought leadership in the delivery of managed technology and workflows in post-production at Paramount Pictures pre-2000. Modern VideoFilm then enjoyed a decade and millions in revenue, as Marcie established the feature film division. Marcie proceeded to earn the Executive Vice President of Sales position at Laser Pacific, which was acquired by Technicolor, promoting her quickly to Senior VP where she directed award-winning teams for the legendary entertainment services company. During Technicolor’s 2016 reinvention, they entrusted Marcie to lead the unprecedented Culver City Experience Center. She successfully guided the roadmap -- from the actual design to the artist in residency program -- housing strategic, cutting-edge content, platforms, and technology for virtual reality, augmented reality, and other immersive media applications. The result was Emmy Awards and new revenue streams from exploding each of the verticals.

In 2018, Marcie was honored by the Advanced Imaging Society’s (AIS) with the Distinguished Leadership Award. She is currently on the advisory board and is the acting CMO at top innovative technical firms and studios. Marcie is a published author and frequent speaker on the future of technology as it transforms beyond merely AI and XR into something intuitive and interconnected-- and soon, via her own podcast, 2ndlevel.