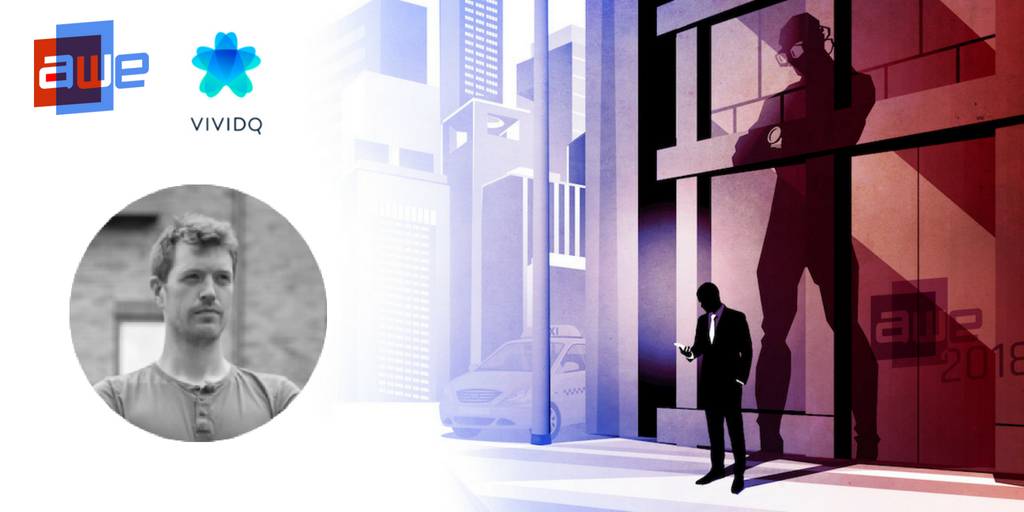 By guest author Darran Milne, CEO and Co-founder at VividQ

Once firmly rooted in the realm of science fiction, recent technological breakthroughs have turned holography into a viable option for a wide range of augmented reality applications. Over the next years, holographic display technology will open the door to a new generation of augmented reality devices offering an unprecedented level of realism and immersion.

Holography has become quite the buzzword of late that is liberally attached to a wide range of devices and experiences. But what does the term actually mean? The word ‘holography’ originally comes from the Greek words holos (whole) and graphē (drawing/writing) and describes the process of recording a scene’s light field. Holography, in simple terms, is a way of manipulating light in space. It “tells” the light how it is supposed to behave to display a 3D image. Images created holographically can be incredibly realistic as they possess visual depth cues that change naturally with the angle and distance of the observer, just like when looking at a physical object.

Although principles of diffractive holography have been known since the early 50s and have been proven in lab experiments for a long time, successful commercial implementations have remained elusive. Largely, the reasons for this have been the complexity of computation, sheer volume of holographic data, and the absence of high-resolution display medium. This situation has changes for two reasons. Significant growth in computing power now allows even very complex computations to be performed in considerably less time. On top of that, a number of new algorithms have been developed to make these computations less complex in the first place. These two effects combined are now making holography computationally possible, and what is more, they can be performed by standard consumer devices like laptops of AR headsets.

There are a number of reasons why holographic displays are a better match for AR applications than traditional 2D or stereoscopic solutions. Holography is the only technology capable of creating 3D objects that are near indistinguishable from a user’s physical surrounding. In effect, this means that the human eye can focus naturally between

virtual objects at different depths, exactly the same as it does with real objects. Most existing AR headsets are only able to display objects at a single distance but will use perspective and visual tricks to create an illusion of depth. This works to a degree, but research has shown that this conflict between depth and focus is actually responsible for the eye-fatigue and nausea often associated with extended AR and VR headset use, problems that we can successfully overcome using holography.

But what are the use cases for holographic displays that we can realistically expect in the near future? Sci-fi pop culture is filled with examples of holographic technology, ranging from more realistic and scientifically founded depictions (Minority Report, Star Trek) to the more fantastic (Princess Leia). Adoption of holographic display technology is only just beginning and will go hand-in-hand with advances in computing hardware as well as the availability of high-resolution display media in different form factors and sizes.

Head-mounted displays as well as automotive HUDs are likely the first holographic AR applications that will see widespread adoption. The ability to display information at varying depths provides a tangible improvement over current AR technology and the implementation of holography into these devices is possible with the hard- and software available today. For example, real holographic depth perception would mean that users can focus on virtual object close to them, while the objects in the background will naturally go out of focus, all without the need for complex eye tracking solutions. In automotive, holographic head-up displays could be used to highlight objects on roads as they approach a vehicle, or to dynamically add outlines to a road when visibility is bad.

Going forward, the increased availability of depth sensing cameras, such as in the iPhone X, will also allow holography to be used in communication applications like teleconferencing. Video chat applications have already had a huge impact on the way families, friends and businesses communicate across distances. By way of holography, teleconferencing systems will become even more realistic and immersive, to the point where it looks like your counterpart is actually sharing a room with you. Since holographic data is exceptionally large, it will require reliable high bandwidth connections to ensure low latency streaming - an issue the coming introduction of 5G systems is likely to resolve.

Gaming and entertainment are one of the most obvious applications for holographic displays. Over the years, numerous companies have attempted to introduce products like 3D televisions, tablets and mobile phones, all of which suffered from poor image quality and gimmicky 3D effects. Holographic TVs will not only provide an unprecedented level of depth and realism, but will also allow multiple viewers to experience 3D content simultaneously and without the aid of 3D glasses. Just imagine your favourite sitcom or the latest video game playing out right in front of you in your living room. Now that’s true augmented reality!

As holographic AR applications mature, holography will not only transform the entertainment and gaming industries, but will also shape the way we work in factories, the way we design, communicate and even on the way we shop. These scenarios are no longer just futurist pipe dreams - holography is finally here to stay.