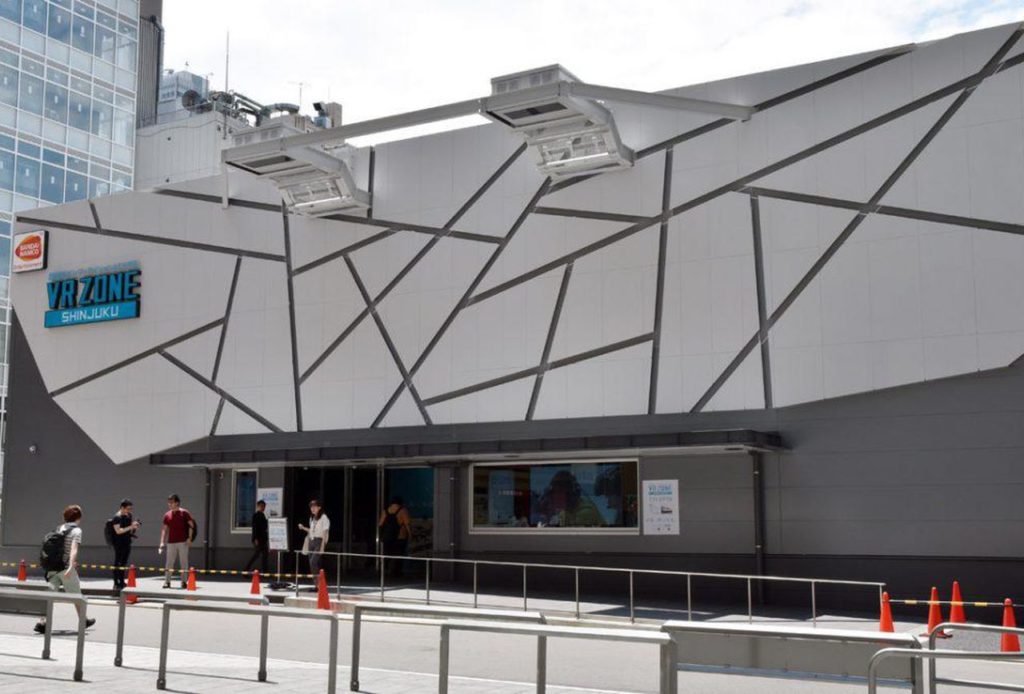 If you diligently follow VR, then you’re probably familiar with Bandai Namco’s VR Zone in the Shinjuku neighborhood of Tokyo. If you’ve been to VR Zone or plan to visit VR Zone, chances are you’re thinking about the various content like Mario Kart VR and how much you’ll spend.

When I visited VR Zone, my intention was a little different than most customers there. I was seeking more than fun games, specifically looking to see VR Zone from a market research standpoint for location-based VR entertainment. My guess is that most people who go to VR Zone don’t notice the odd ticket and pricing policy or question where the local Japanese clientele are, but I did.

The thing is that VR Zone didn’t seem like it was designed to serve mainly tourists visiting Japan. Unlike hotels and airports in Japan, almost none of the staff I encountered spoke English. Thankfully, English translations could be read on signs, banners, instructions, and even the café menu. In addition, most of the content had very little to no dialogue but the content that did have dialogue - like Ghost in the Shell: Arise - was narrated entirely in Japanese.

Shinjuku is the world’s most crowded neighborhood and a tourist hotspot, making it a great area if you’re trying to reach both a local market and tourist audience. I wonder whether VR Zone originally planned on getting a mix of both locals and tourists but found that mainly tourists were interested.

The majority of customers I met were from all over the world. The Asian customers were not Japanese and mainly from China, Hong Kong, Australia, and New Zealand. To make sure this wasn’t a one-day anomaly, I went to VR Zone on three different days while I was in Tokyo: A Friday night, a Saturday night and a Monday night. I was curious about the traffic count and demographics on different days of the week and yet my observations were consistent--most of the VR Zone-ers were tourists between the ages of 20 and 40.

I also don’t recall seeing anyone there with kids, which is interesting because there are a lot of kids around Shinjuku unlike in Dubai where VR Park is located. There was no VR content at VR Zone designed specifically for kids. There was, however, some not so family-friendly content containing blood and gore. I’m thinking particularly of an experience visiting a haunted hospital and another one similar to a Jurassic Park nighttime adventure. Furthermore, the content seemed geared towards Millennials and above as it was based on IPs that had launched in the 80s and 90s. Ghost in the Shell, Dragon Ball Z, Mario, Gundam…all of these are popular Japanese IPs with international fan bases.

Another observation I had was that the content didn’t seem like it was designed for replay value but rather more like a theme park or ride where the experience is short to prevent long lines. The main questions I was left with were whether the number of Japanese players is always small like that, no matter the time of year, and whether one-time Japanese VR Zone-goers find no reason to return over and over. Was VR Zone designed for Japanese customers and tourists alike but ended up attracting far more tourists than locals?

*Paul Rock is an analyst and entrepreneur focused on the LBE (Location Based Entertainment) sector for Virtual Reality and Augmented Reality.  He has traveled across 10 countries and 4 continents doing hands-on research related to VR/AR for the LBE sector.  He is also the Organizer for the Los Angeles chapter of AWE Nite LA.  For matters relating to consulting, speaking opportunities, or other matters, he can be reached at info@anotherreality.com.