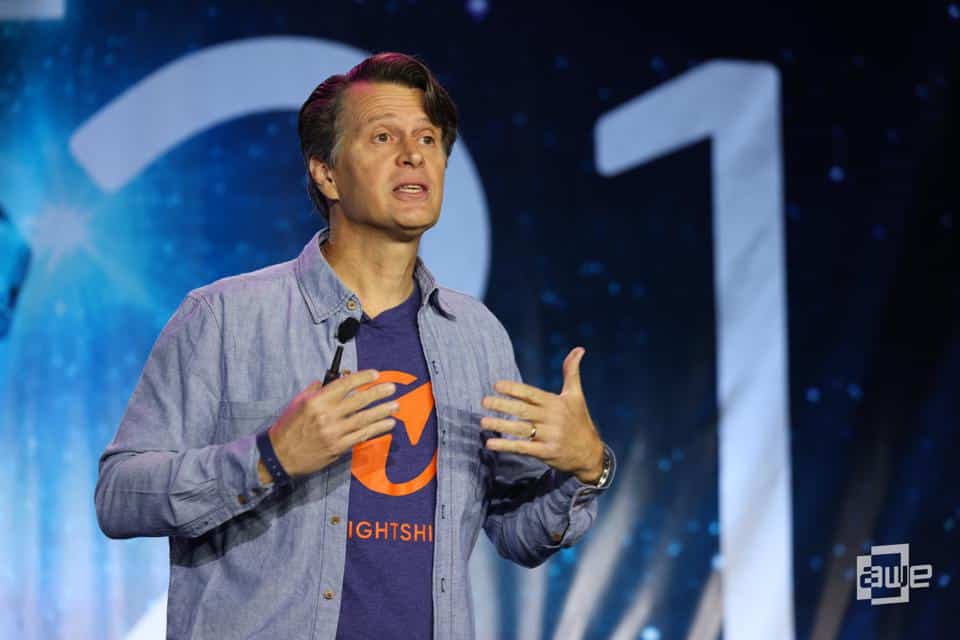 Welcome back to AWE Talks, our series that plucks the greatest hits from the vast AWE conference archive. For the past several months, this series drew upon past footage to get the juices flowing for AWE USA 2021. That event finally arrived and is in the rear-view mirror.
So for this week's AWE Talks, we'll highlight the event's Day-1 Main Stage keynote. Niantic chief John Hanke leads us through his thinking behind the metaverse's potential dystopian outcomes, and how this is a call to action to improve and enhance our physical world.

See the full video below along with TLDR (or TLDW) quick-hit takeaways.

– Niantic's mission has always been to get people out of the house and engaged in real-world interactive behavior.
– So naturally, its "version" of the metaverse is aligned with that outdoor use case and vision.
– This translates to a "real-world metaverse" that brings the physical world to life with digital experiences.
– It's already accomplished that to some degree, considering Pokémon Go's geospatial AR gameplay.
– But Niantic's larger play could be its Lightship platform, which democratizes geospatial AR for developers.
– It lets developers lean on the architecture and mechanics of Pokémon Go while focusing on their own front-end UX.
– In this way, Lightship could accelerate AR innovation just as a range of SDKs have historically done for startups and developers.
– The net effect will be to help the AR industry as a whole, not to mention boost Niantic's business with a platform play.
– This real-world version of the Metaverse contrasts the fully immersive online metaverse that is often discussed in a VR context.
– Hanke is opposed to such immersive and isolating metaverse experiences: We should aim instead to enhance the physical world.
– The real-world metaverse will accomplish this by utilizing AR, and could represent AR's killer app we've all been waiting for.
– Though that potential exists, it will take years to materialize, and Niantic wants to get the ball rolling now.

See the full discussion in the video below...