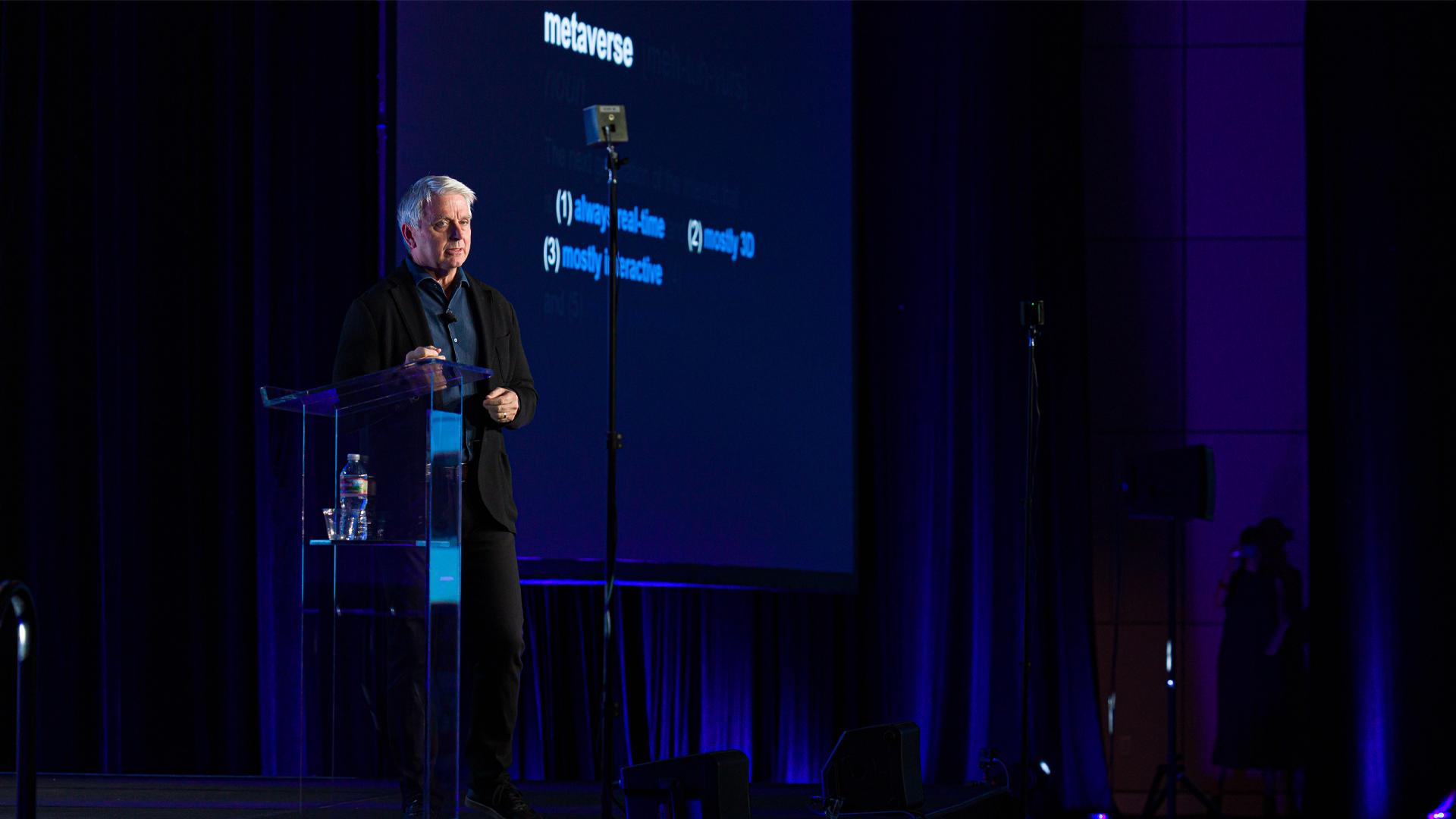 Welcome back to AWE Talks, our series that plucks the greatest hits from the vast AWE conference archive. In fact, there's now a fresh batch of AWE 2022 footage. Though the show is now in the rearview mirror, the on-stage insights are as relevant as ever.
We carry on this week with the Day 1 keynote from Unity Chief John Riccitiello. He does, in his words, something "potentially dangerous" by defining the metaverse. What are its current manifestations and future endpoints? Riccitiello breaks it down for us.

See the full video below along with quick-hit takeaways...

– Metaverse mania has taken over but yet, there's still no common definition.
– In Riccitiello's tenure running EA, Unity and others, he's gotten "ringside seat" for multiplayer gaming.
– Beyond gaming, Unity has a robust digital twins business that help enterprises with resource planning.
– Given all of that, what is Riccitiello's definition of the metaverse is the next generation of the internet that's always real-time, mostly 3D, mostly interactive, and mostly persistent.
– Zeroing in on one of those factors, "real-time"  represents spontaneous and synchronous activity.
– This is not unlike MMOs like World of Warcraft, or social VR environments like VRChat and Altspace.
– This contrasts movies today which are pre-recorded with playback that's the same every time.
– Conversely, with real-time interaction, the "next frame is the first frame." This is important for spontaneity.
– This will involve pre-defined parameters for experiences, but interactions that users control (like a game).
– As for the building blocks of the metaverse, they will be built on the websites we now have today.
– Over time, websites will gain metaverse attributes such as real-time interaction and 3D experiences.
– So the metaverse won't come along and replace the web but will eventually grow out of it.
– In that sense, there will be room for proprietary experiences (like websites today) that are interlinked.
– So it will be more like today's web than fictional depictions of single-ownership, such as Ready Player One.
– In the related "real-world metaverse' of digital twins, this will manifest not in websites but in layers.
– These layers can be intelligently delivered based on contextual relevance (e.g, work versus play).
– Riccitello calls this a contextual app launcher, which could be our jumping-off point to AR-based experiences.

For more from Riccitiello's keynote, see the full session below...