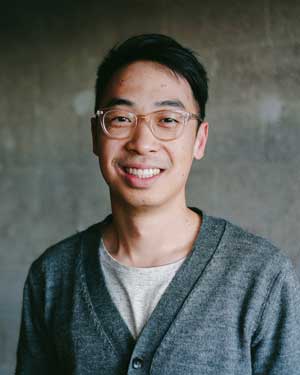 Eden Chen
Co-Founder/CEO Fishermen Labs
Eden is a co-founder and a managing partner at Fishermen Labs, one of the fastest growing digital creative agencies in the US. Fishermen Labs has created AR experiences that have reached more than 500 million people, was named the 185th fastest private company in the US by Inc Magazine, and the 4th fastest growing company in Los Angeles by the Los Angeles Business Journal. Eden has advised and built products for Snapchat, IAC, Walmart, Sony, the United Nations, Qualcomm, and countless startups and serves in strategic, design and technical roles. Eden is also the founder of Sonar Teams, an account management and team collaboration software.
Before this, Eden was the founder of Lightmark Capital, a Los Angeles based hedge fund. Prior to these ventures, he worked as an investment banker at Citigroup. Eden invests and sits on the board of numerous startups and nonprofits including Pioneers and SENE. He has been interviewed by Bloomberg and US News and has written for Venture Beat, and Entrepreneur magazine. Eden was selected as a part of Forbes’ 30 under 30, LA Business Journal's 20 in their 20’s, Emory Magazine’s 40 under 40, and was a TedX speaker. Eden graduated from Emory University.