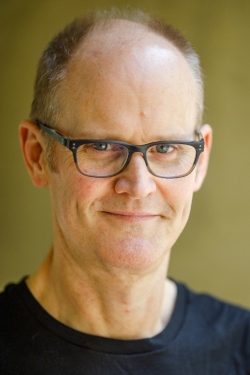 Gil Zimmerman is a VR Director for DreamWorks Animation and a professional musician actively performing in the Los Angeles area. Gil has directed various television episodes for DreamWorks TV and Netflix, and is best known as the Cinematographer behind the How to Train Your Dragon film franchise for DreamWorks Animation. Gil has a reputation as an innovative Cinematographer, having pioneered the use of Motion Capture in the staging of complex scenes as well as for the creation of realistic camera staging and motion in animated films and has been awarded three Lumiere Awards for Best Stereography in an Animated Film. After graduating from the University of Southern California, where he studied both Film and Music, Gil began his career as a studio musician with hopes of composing for film. It was through the use of computers in film scoring that Mr. Zimmerman discovered a natural talent for Graphic Design and, in particular, Animation. After two years studying Graphic Design at UCLA, Gil was offered the position of Supervising Technical Director at Walt Disney Feature Animation, where he oversaw CG production on the animated films Tarzan and Treasure Planet. Gil designed and shot many of the largest moments in both films and gained the reputation as an exceptional Cinematographer. His work on Tarzan was awarded an Oscar for Technical Merit for the Deep Canvas process used to paint all CG elements. Gil joined DreamWorks Animation in 2001 and has been the Cinematographer for the animated features Shark Tale, Puss in Boots and the How to Train Your Dragon franchise. Additionally, he worked as Visual Consultant on Home and as a previz artist on Over the Hedge, Turbo and Trolls. As a professional musician (trombone), Mr. Zimmerman has performed and recorded with artists such as Frank Sinatra, Leonard Bernstein, John Williams, Fleetwood Mac, Zubin Mehta and Frank Zappa; and orchestras such as the Los Angeles Philharmonic and the Hollywood Bowl Orchestra.