We’re up to part ten in our blog series that looks at some of the ongoing and emerging trends across Augmented Reality (AR), Virtual Reality (VR), and Mixed Reality (MR) – collectively referred to as XR. One thing that is important to note when it comes to every other trend that has been mentioned so far in this blog series is the fact that none of them would be possible without the enabling technologies, infrastructure and standards that are crucial to delivering XR experiences. In fact, these enabling technologies themselves can be considered their own independent trend within the XR industry, as the number of companies dedicated to creating the hardware and software solutions that will form the foundations of what the future of XR is built upon continues to grow.


One of the core enabling technologies that is going to help drive the industry forward is of course 5G. As XR experiences become more complex, they will require more computing and processing power. This increase in complexity puts a strain on the hardware devices that run the experiences, however, there is a limit to how much a device can handle, and this limit is ultimately determined by the physical size of hardware required.


As Augmented and Virtual Reality (AR/VR) experiences increase in complexity, they become more taxing on a device’s resources and as demand in one area of hardware increases, it increases elsewhere too. For example, a device that requires a more advanced graphics processing unit (GPU), will also require a larger battery, as well as a more advanced cooling system, more on-device memory, etc, the list goes on. For the XR market, with devices predominantly being worn on a user’s head or face, too much extra stuff adds to the weight of a device, which can make wearing it for extended periods of time more uncomfortable. Not to mention the fact that a device will get hotter the longer it is used, which adds to a user’s discomfort.


It is important to note that the hardware components involved in creating these devices are themselves considered enabling technologies. This hardware, which can include anything from waveguides, lenses, semiconductors, wireless technologies, cameras, audio units, projectors, displays, batteries, and more, is constantly going through a process of miniaturization. As hardware shrinks, it becomes more feasible to make devices that are more lightweight, yet still able to handle the tasks required of them. However, hardware can only go so small before it cannot be reduced in size anymore, and it is likely that the demands of software will eventually outgrow the capabilities of the hardware when size is a limiting factor. 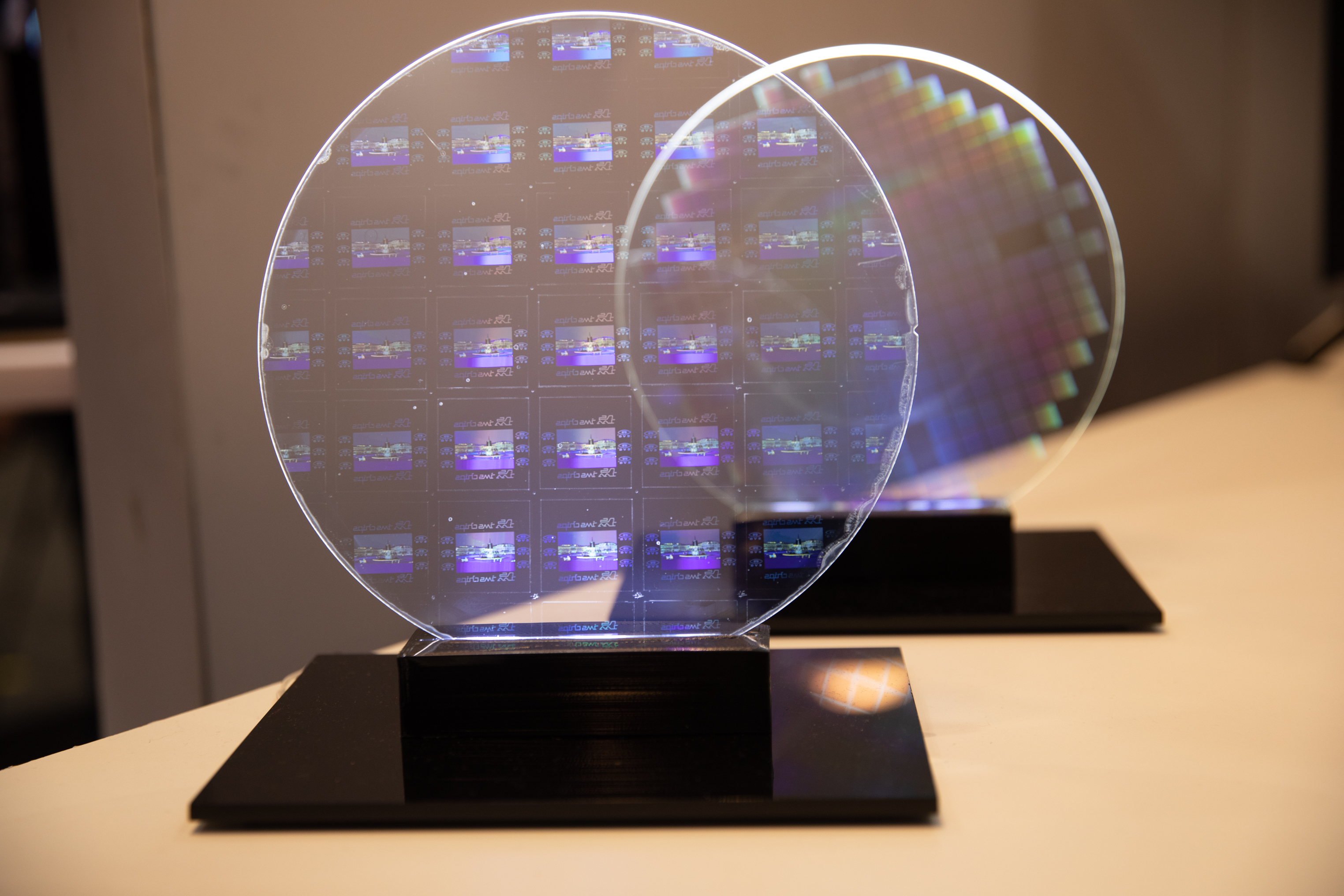 Optical devices for use in XR hardware from Inkron.


Still, as much as shrinking hardware is going to help to some extent, there is another alternative. Instead of trying to pack all of this hardware onto a headset or pair of smart glasses to handle everything on-device, it can actually all be achieved via cloud computing, which uses a network of remote servers hosted on the internet to store, manage, and process data. Tapping into the cloud means that the computing and processing tasks can essentially be streamed to a device. However, augmented, virtual and mixed reality experiences are extremely data-rich and require an extremely fast network connection in order to maintain a decent level of real-time immersion.


Enter 5G, and its capacity for faster connectivity speeds, ultra-low latency and greater bandwidth. 5G runs on the same radio frequencies that are currently used for smartphone and Wi-Fi networks, as well as satellite communications and the technology will greatly expand the amount of data that users can access. Essentially, if you imagine today’s existing infrastructure as a regular pipeline. What 5G does is not only increases the size of that pipeline so that more data can flow through it, but it also drastically increases the speed at which data can travel. Think being able to download a full-length HD movie to your phone in seconds sort of speeds. 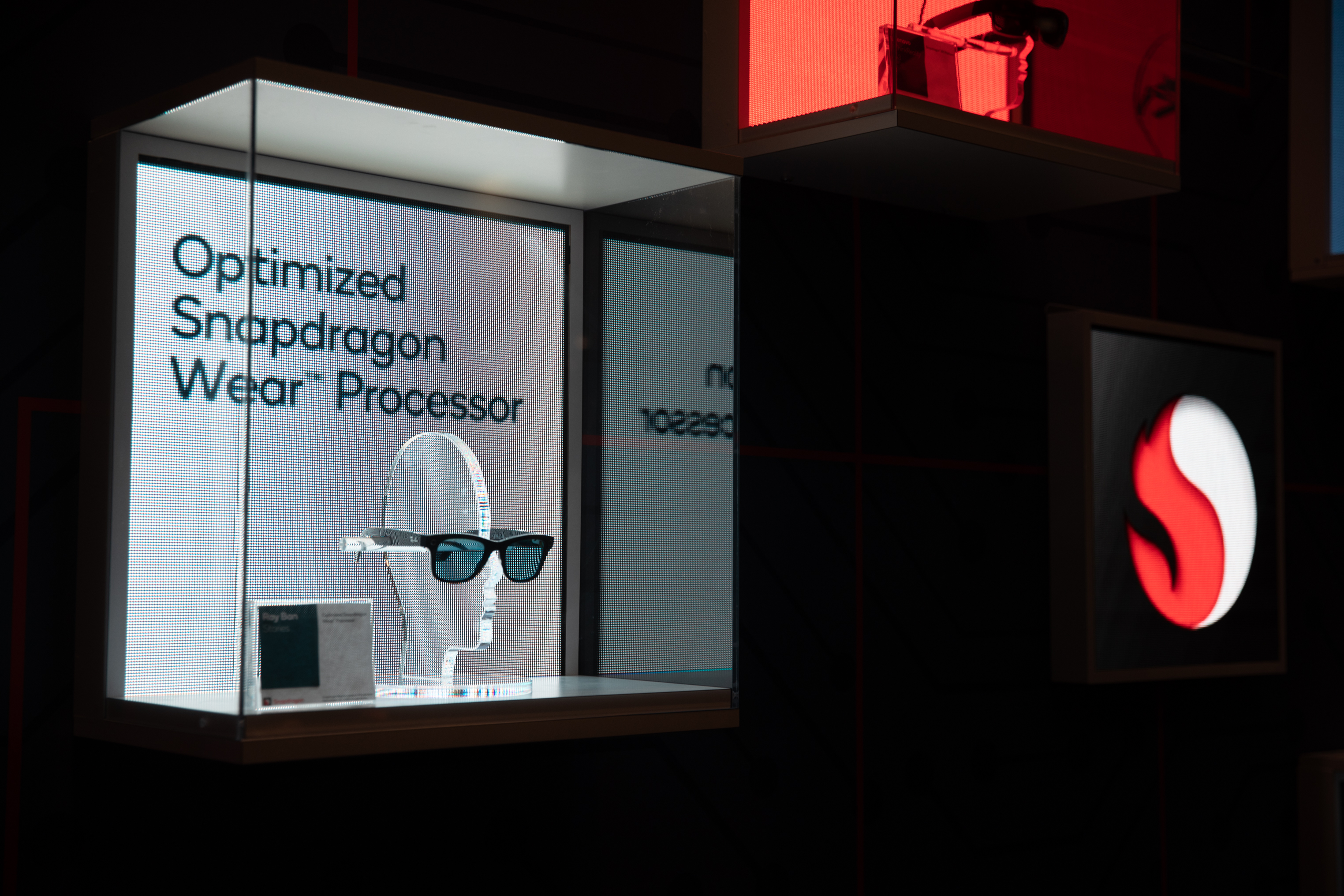 Qualcomm's technology such as its Snapdragon platform is powering XR devices across the globe.

Enabling technologies and infrastructure such as 5G are going to be critical for powering extended reality at scale. The previous limitations of headworn AR and VR devices such as processing power, storage and battery life, can effectively be bypassed for the most part, since all of the hard work and computing will be done off device, and instead streamed to users via 5G networks.


5G is just one aspect of XR enablement that will help the industry flourish. Additionally, things like ethics, safety, security, privacy and accessibility are all vitally important aspects of XR enablement and adoption that will require addressing. Organizations such as The Khronos Group are actively working with XR industry partners to help build standards for these sorts of things, but there is still a way to go in terms of getting every single XR technology provider on board and to agree to a consistent set of best practices.


For a comprehensive look at the technologies that are enabling the spatial computing ecosystem to mature, AWE USA 2022 has its dedicated “XR Enablement” track. Topics at this year’s event will include: 5G, AR Cloud, Artificial Intelligence, Computer Vision, SLAM, Motion Capture, Display Technology, Semi-conductors, Optics, Audio, Projection Mapping, and more. Plus, speakers such as Hugo Swart, VP & GM of XR and Metaverse at Qualcomm, a leading provider of XR enabling technologies including 5G solutions and semiconductors for XR devices, will be speaking at this year’s event.


Some of the best talks from this year’s event that will cover XR enablement include: