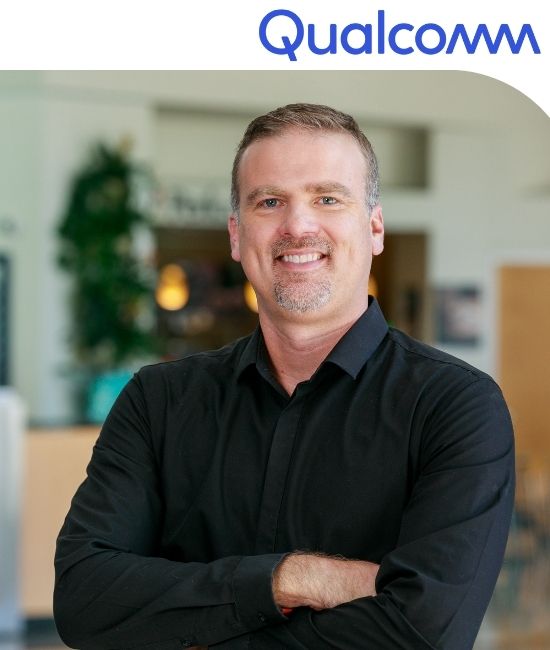 Swart joined Qualcomm in 2003 as a technical marketing manager in charge or promoting wireless data technologies to operators worldwide. He has held roles of increasing responsibility since that time and has led several successful R&D projects from idea inception to customer adoption in the wireless space.

Prior to joining Qualcomm, Swart served as sales engineer for Lucent Technologies and Telecom Italia.

Swart received his bachelor’s (1999) and Master of Science (2004) degrees in electrical engineering from the University of Campinas, Brazil. In addition, he received a Master of Business Administration (2008) from San Diego State University.

Your Ticket to the Metaverse: Spatial Computing Experiences with Snapdragon Spaces and What’s Next in XR