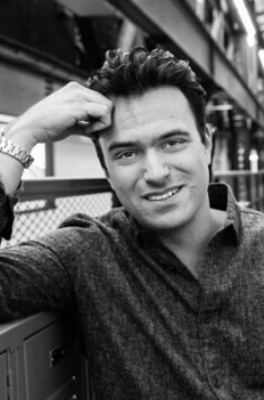 Francis Bitonti is the Co-Founder and CEO of LexSet, a synthetic data and artificial intelligence company based in Brooklyn, New York. Additionally, Francis is an award-winning computational designer acclaimed for groundbreaking use of generative design and AI to 3D printed materials and products.

Francis Bitonti has been featured in Wired, The NY Times, and The Wall Street Journal. His works are featured in the Smithsonian Cooper-Hewitt National Design Museum and the Boston Museum of Fine Arts, to name a few. He was also named a 2015 Wired Innovation Fellow.

In 2017, he co-founded LexSet AI. LexSet is a synthetic data company that uses simulation and generative technologies to generate training sets for computer applications. LexSet is a leader in the field of artificial intelligence and has received awards from O’Reilly Artificial Intelligence, AWE, and was most recently named one of the winners of the Verizon Built on 5G Challenge.