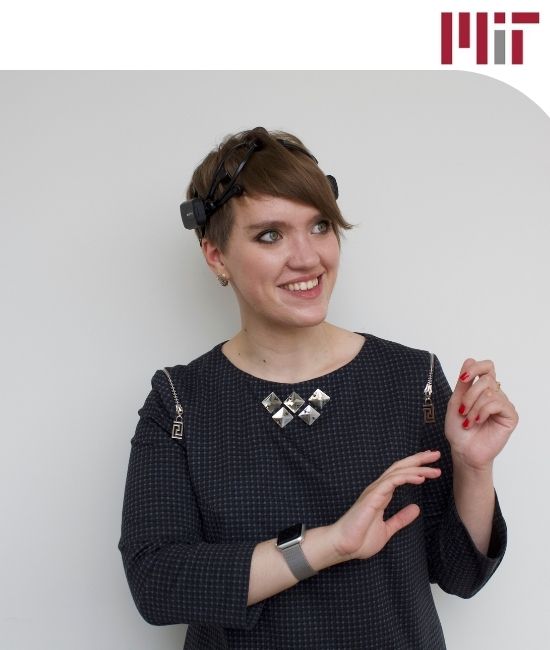 Nataliya is passionate about an idea of creating a partnership between AI and human intelligence, fusion of a machine and a human brain. She obtained her Ph.D in 2015 in the domain of non-invasive Brain-Computer Interfaces (BCIs) as a part of EHCI team of Université Grenoble-Alpes, France. Most of her projects are focused around EEG-based BCIs in the context of consumer grade applications. Before joining MIT Media Lab - Fluid Interfaces group in 2017, she was a post-doc at Hybrid team (VR/AR), Inria Rennes, France. Nataliya has published and served as a program committee member in conferences and journals such as Nature Scientific Reports, CHI, ACM IDC, Ubicomp, INTERACT, TOCHI, Frontiers in Human Neuroscience, Plos ONE, IEEE EMBC and ACM AutomotiveUI. She gave 2 TEDx talks. Nataliya worked for the past 12 years on designing solutions to control drones, rolling robots, home appliances using brain activity. These projects were presented to general public and were tested by more than 4000 people in 2015-2019. Nataliya won multiple awards for her work, among which is L’Oréal-UNESCO Women in Science award she received in 2016. Nataliya was also named as one of 10 Top French Talent 2017 from MIT Innovators Under 35.

Since 2016 Nataliya is also interested in closed-loop systems using real-time biofeedback to enhance and augment human performance, particularly attention and focus. In 2016 Nataliya also created her first start-up called Braini, for consulting in the domains of Artificial Intelligence for Cognitive Enhancement as well as Neuroscience. Her clients include Dassault Systems, Microsoft, Total among others.