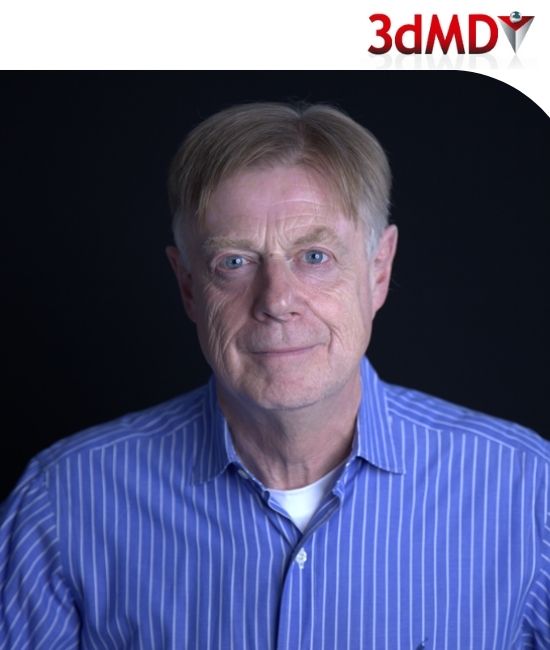 With 45 years of experience in the tech sector, Lane has held senior technical and chief executive positions in global high-tech companies and service firms, as well as served as a board member for both privately and publicly held companies in the US and Europe. As 3dMD’s CTO, Lane has spearheaded an R&D strategy that has resulted in 3dMD becoming the benchmark supplier of software-driven, high-precision 3D/4D in-vivo surface capture systems. Lane is also directly involved in a number of industry initiatives to promote adoption of data and security standards needed for the widespread deployment of humanoid 3D. Following an early career in software engineering and as a consultant with a UK government agency focused on promoting the use of IT, Lane joined Oracle and held VP positions in Europe and the U.S., including head of Consulting Operations. Lane then joined the IT investment team at EM Warburg, Pincus & Co. in New York. He served as CEO of Atlanta-based TSW International, leading it to become the market leader in the Enterprise Asset Management market. Just prior to joining 3dMD, Lane held the position of COO at ECSoft plc, a European IT services provider.

From Healthcare to Populating, Training, and Wearing the Metaverse