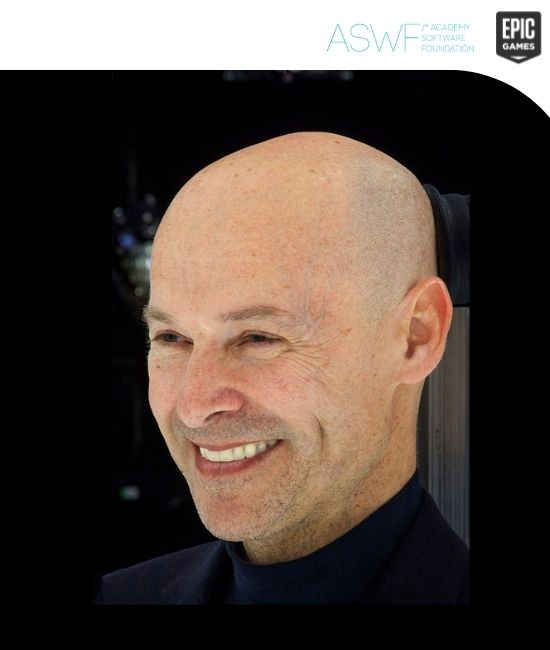 David is Director, Industry Relations at Epic Games, where he works with the industry and the Unreal Engine team to develop open standards and the use of open source software, in virtual production and everywhere Unreal Engine is used. He also serves as the Executive Director of the Academy Software Foundation, a non-profit created by the motion picture industry to develop the use of open source software in all media. David is also chairman of the Joint Technology Committee on Virtual Production, and a past co-chair of the Joint Technology Subcommittee on Previsualization. He has a degree in computer science from Laval University, and has participated in the development of motion capture and 3D software since “Jurassic Park” at companies such as Softimage, Microsoft, Avid Technology, Autodesk, and Epic Games.

The Road from 3D Graphics to Metaverse