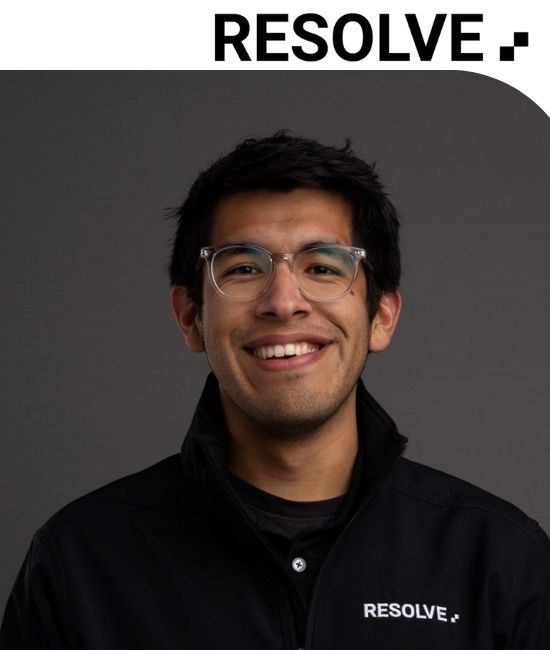 Angel is CEO and Cofounder of Resolve, a company building VR simulation software for people to walk through industrial facilities before they're built. Angel and the Resolve team are building cutting edge immersive technology to increase the access and impact of digital buildings beyond construction.

Before Resolve, Angel wrote computer vision software for a semiconductor equipment startup. He studied mechanical engineering and computer science at Columbia University where he did research on brain controlled robots and other assistive devices for people with disabilities.

In 2014, Angel bought the Oculus Rift DK1 and has been building immersive applications ever since. After making over $20k from hackathons that year, Angel dropped out of a masters program at Columbia to start a VR company which went through Y-Combinator in 2015 as one of its first virtual reality investments.