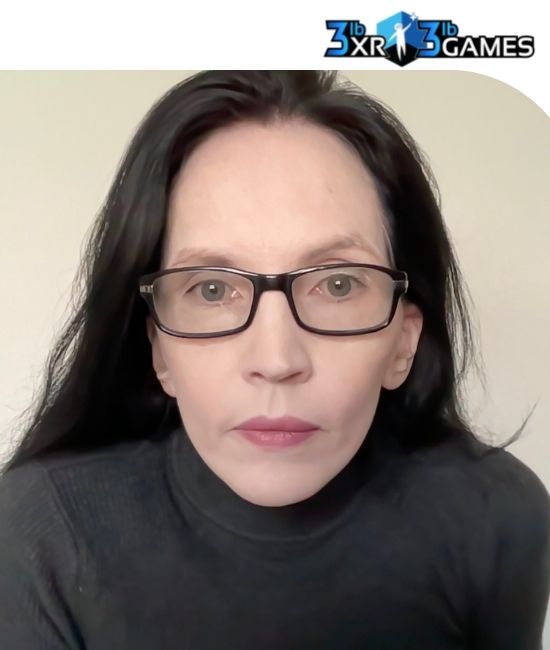 Robin Moulder is CEO of 3lbGames and 3lbXR with an extensive executive management and engineering background whose Fortune 100 and 500 clients span healthcare, medical devices, education, manufacturing and communications. Original 90s Riot Grrrl, Robin has released several albums and EPs, toured with major national acts, and is the audio designer and composer for numerous game titles.

As a pioneer of Virtual and Augmented Reality, Robin led 3lb Games into the XR space with the galactic planet-destroying game Space Dragon for Oculus, Slime Rancher VR Playground, and VR training and simulations for medical and manufacturing applications.

She is an Oculus Launch Pad 2019 recipient with Vault of Stars, coming to the Quest in 2022. In 2020, Robin forged a major partnership with a leader in the hospitality training space. Robin Moulder believes immersive gameplay will revolutionize training.

Gamification of XR: How Gamers Can Make The Jump To Enterprise Applications