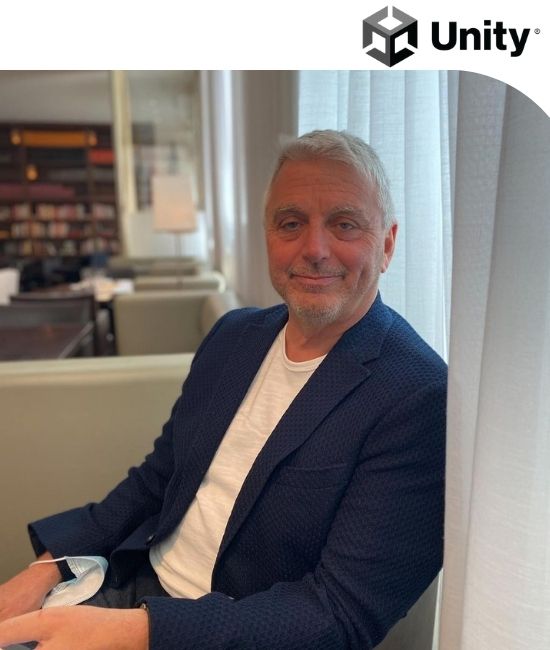 John Riccitiello serves as Chief Executive Officer and Chairman of Unity, the world’s leading platform for creating and operating interactive, real-time 3D (RT3D) content. Since John joined the company as CEO in 2014, Unity raised three equity rounds to help fuel growth and innovation, while building Unity’s team from a few hundred to more than 4000 today.

During his tenure as Chief Executive, John helped Unity establish the company’s market leadership in games, and now 72% of the top 1,000 mobile games are powered by Unity. Today, games built using Unity’s technology are downloaded over 5 billion times per month. He is also leading Unity’s drive to grow RT3D adoption to non-gaming industries including Film & Entertainment, Architecture, Construction, Automotive, and more. He also led Unity through its highly innovative IPO in 2020.

Unity remains fiercely committed to its mission of helping aspiring creators succeed in the world of RT3D. At Unity, we believe the world is a better place with more creators in it, and the company, under John’s leadership, does its part to make it possible for these creators to thrive.

John serves on the Board of Councilors for the USC School of Cinematic Arts and has lived and worked all over the world in cities including New York City, Chicago, Nicosia (Cyprus), Dusseldorf, Paris, and London.

Getting Beyond the Fiction and Seeing the Reality in the Metaverse