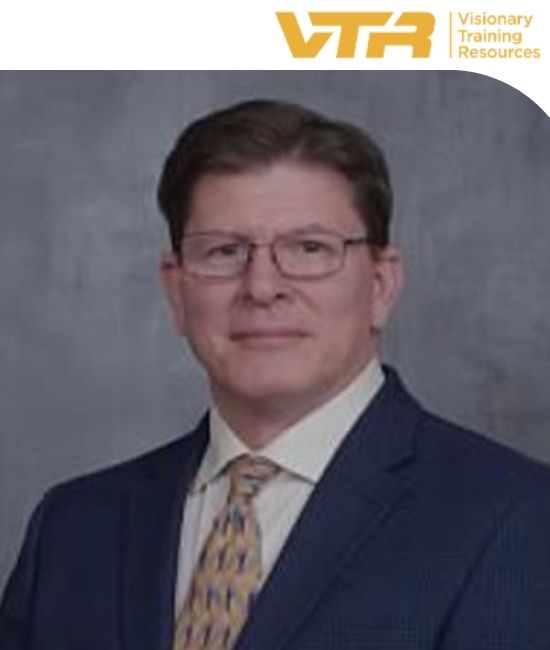 Rick is the Co-Founder and Chief Technical Officer of Visionary Training Resources. He joined the Navy to become a pilot in 1987 and flew the EA-6B Prowler, ending active service in 1996. Rick finished his Naval Aviator career in 2009, retiring after 22 years.  In 1996 he started his commercial airline pilot career flying for ValuJet Airlines. He flew for ValuJet, AirTran, Continental, Express Jet, and is now a Captain on the 737 with another major airline. Rick spent 5 years as an Airline Pilots Association (ALPA) MEC Training Committee member and Vice Chairman, Local Council Training Committee Chairman and worked on several Flight Standards Special projects.  In 2018 Rick joined Visionary Training Resources as a Co-Founder and CTO with his partner Evey Cormican, VTR’s CEO. Since then, he has been responsible for the development of a fully mobile, end to end Virtual Reality Training Solution with the intent of bringing cutting edge immersive training to the airline training community. Rick currently sits on the Virtual Reality Augmented Reality (VRARA) Aerospace Committee and is a graduate of Embry Riddle Aeronautical University.